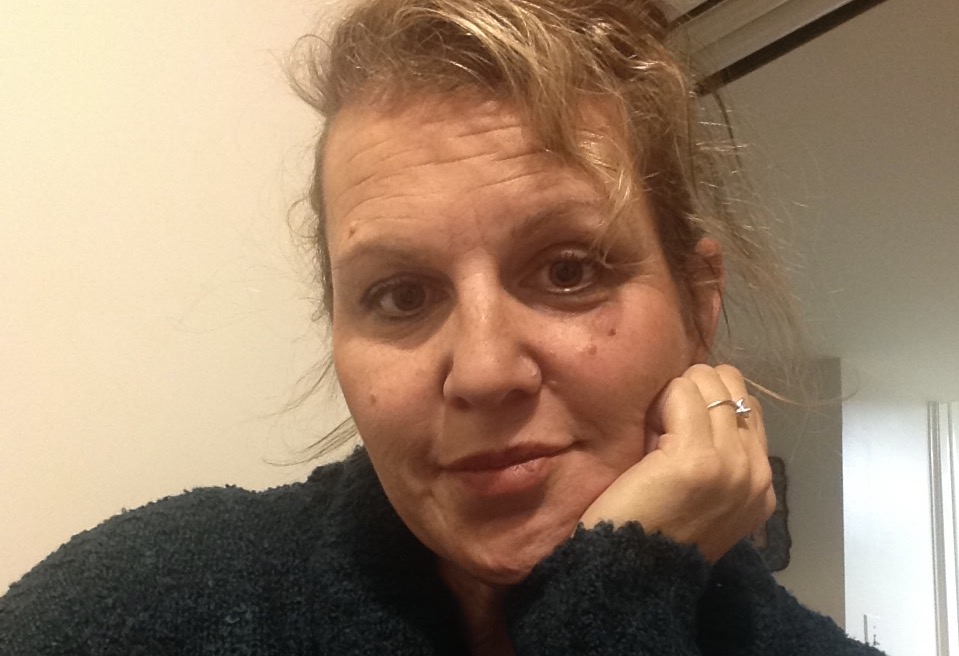 I used to think drug addicts were uneducated people who stood on the street corners and begged for money and just didn’t know any better. I learned that wasn’t the case. I didn’t become addicted overnight, but once addiction took ahold of me, my downward spiral was fast and hard!

I grew up with parents who were bikers and I was surrounded by drugs and drinking. I was totally anti drug. I drank a wine cooler or two in high school at a party, but I saw where drugs took my mom and dad’s friends. I heard in hushed voices about the suicides and saw their tears. I knew that even though they looked like they were having a good time at the parties they had every weekend, there was a dark side. So I stayed away. I was a complete geek instead. Went to college, got married, became an elementary school teacher. Then, at age 32, I found myself with 3 small children under age 5. I had to have three back to back surgeries. And my dad died. Wham! My world dropped out and I began numbing that emotional pain with the painkillers prescribed for my physical pain. And my addict self was born. I started doctor shopping, took every pill that would take me outside of myself I could get my hands on. My husband thought I’d lost my mind and scurried about trying to keep the k ids out of my way. I fell asleep reading a book to my class of third graders because I took too many pills. That earned me a trip to the Principal’s office. Having been a geek in school, the fear of being sent to the Principal was real in me. He was kind, and offered me the employee assistance program. That didn’t work out so well for me, mostly because I wasn’t ready to quit. I made excuses, but I think I just wasn’t ready to face my demons yet. I ended up resigning. Then I started cheating on my husband, which resulted in getting divorced, and getting into a relationship with a man who was extremely abusive, all so that I could continue to use. I ended up having a son to this man, and losing custody of him as we tried to complete a suicide pact in our joint addiction. The entire relationship was toxic. I lost custody of my son when he was 18 months old. The physical abuse he saw was something no child should ever go through. And yet I could never leave with hi m there. I couldn’t safely ever get us both out. Once I lost custody, but lived, and I was 150 miles from my family and my other children, I saw no reason to try the even be coherent. Why not be high all the time? My addiction took me places I thought I would never go, sleeping with men to have a roof over my head, homeless walking the streets in the wintertime, a women’s shelter after getting staples in my head from my boyfriend who I kept taking back time after time. I later learned what a narcissist was and how they operate. Love addiction is its own thing though.

I’m grateful that boyfriend got sent to jail on June 11, 2013, because I walked to the hospital on June 15, 2013 and asked for help. And that is my clean date. Being educated didn’t keep me from becoming an addict. Getting educated in NA after going to long term rehab from the hospital (my 7th rehab!) and finally admitting my life had become unmanageable was the only recourse for me. I needed counselors who were real, who didn’t sugar coat and who told me that if I was such a great soccer mom, I’d be at my kid’s soccer games watching them instead of in rehab a state away looking at them. I needed that education to know that anyone from anywhere can be an addict.

I’m now a part of all of my children’s lives again. I see my son in PA regularly, though his grandparents still have custody. I’m ok with that. They both seem to need each other and it’s working out ok. My son is six and just graduated kindergarten. I’m in a healthy relationship with someone in the other fellowship. We have a two year old daughter! And my oldest is 18!!! I’m super tired all the time. But I don’t have to use. I have a network I lean on and I try not to isolate myself. Although I crave time to myself because all these kids make me crazy sometimes. But I’m grateful that I have them, grateful they’re in my life again, grateful for another chance, and grateful I learned how to live again.