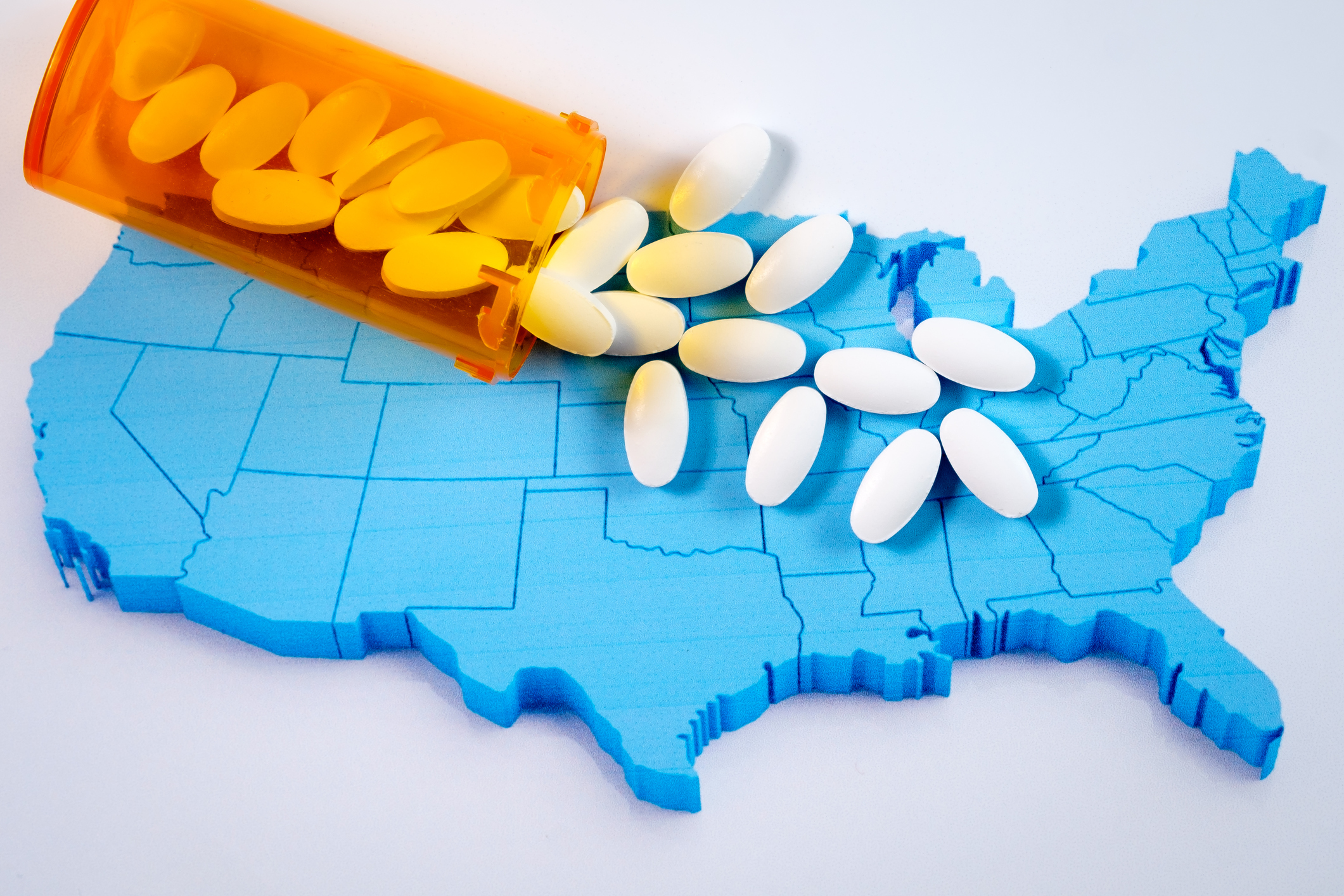 Despite decreases in overall opioid overdose deaths, deaths involving synthetic opioids, cocaine and other psychostimulants increased sharply and alcohol and suicide deaths are also up.

Newly released data show that 151,964 Americans died due to alcohol, drugs or suicide in 2018. This national death rate for alcohol, drug and suicide deaths was only very slightly lower than what it had been in 2017 despite progress in reducing some types of opioid overdose, according to a new study by Trust for America’s Health (TFAH) and Well Being Trust (WBT).

For the year, alcohol deaths were up 4 percent and suicide deaths were up 2 percent. The new data also show a continuing shift within the opioid crisis with reductions in deaths due to prescription opioid overdose but increases in deaths involving synthetic opioids, including fentanyl.

Death rates for all opioids were down 2 percent, but the death rate for synthetic opioids was up 10 percent. Additionally, heroin involved overdose deaths were lower but deaths involving cocaine and other psychostimulants, such as methamphetamine, ecstasy, amphetamine and prescription stimulants, were higher.

While still disturbingly high, the 2018 data is the first time since 1999, when the current data collection began, that there has not been a sizable increase in the alcohol, drugs and suicide deaths per 100,000 rate. However, this stabilization in the deaths rate was not uniform. Some places and population groups are experiencing stable or decreasing deaths rates while rates among other groups or in other places continue to rise.

“These data are a clarion call to action,” said John Auerbach, President and CEO of Trust for America’s Health. “We know what works to address deaths of despair but progress has been uneven and death rates continue to climb, with communities of color experiencing higher rates of increases in drug-induced and alcohol deaths. And there’s another immediate concern: the COVID-19 crisis has increased the health burdens and economic pressures on many communities of color.”

American Indians, Asians, Blacks, Latinos and older adults all experienced increases in drug-induced deaths between 2017 and 2018. Blacks and American Indians had the largest absolute increase. Blacks now have higher synthetic opioid overdose rates (10.7 per 100,000), cocaine overdose rates (8.8 per 100,000) and nearly the same overall drug-induced death rate (21.8 per 100,000) as Whites, after decades of having substantially lower rates.

“Quite simply, too many Americans are dying from preventable causes. The profound racial health disparities seen in these data show that many ethnic minority groups are being left behind in our response efforts,” said Benjamin F. Miller, PsyD, chief strategy officer, Well Being Trust. “The nation needs a comprehensive framework for excellence in mental health and well-being, one that intentionally provides solutions for American Indians, Blacks, Asians and Latinos. With all the other COVID-19 related investments, it’s time for the federal government to fully invest in mental health now and for all states to take action.”

The reduction in certain opioid deaths suggests that the policies and programs targeting the opioid epidemic may be taking hold in some populations—but many racial and ethnic groups are not seeing the same progress as Whites. The nation should build on the small degree of success and bring the same focus to populations who are at increasing risk, especially Blacks, Latinos, and American Indians.

Cocaine Overdose Deaths – In 2018, 14,666 Americans died from cocaine-involved overdoses; up 5 percent since 2017. The overall cocaine overdose death rate has increased by 187 percent since 2013.

In 2018, 48,344 Americans died as a result of suicide. Nationally, the 2018 suicide rate was two percent higher than the prior year (after a four percent increase in 2017). Suicide rates increased across all demographics, except for adults ages 18-54 whose rate remained stable. In addition, all racial and ethnic minority groups experienced larger proportional changes in suicide rates than did Whites.

Trust for America’s Health is a nonprofit, nonpartisan organization that promotes optimal health for every person and community and makes the prevention of illness and injury a national priority.  www.tfah.org

Well Being Trust is a national foundation dedicated to advancing the mental, social, and spiritual health of the nation. Created to include participation from organizations across sectors and perspectives, Well Being Trust is committed to innovating and addressing the most critical mental health challenges facing America, and to transforming individual and community well-being. www.wellbeingtrust.org. Twitter: @WellBeingTrust