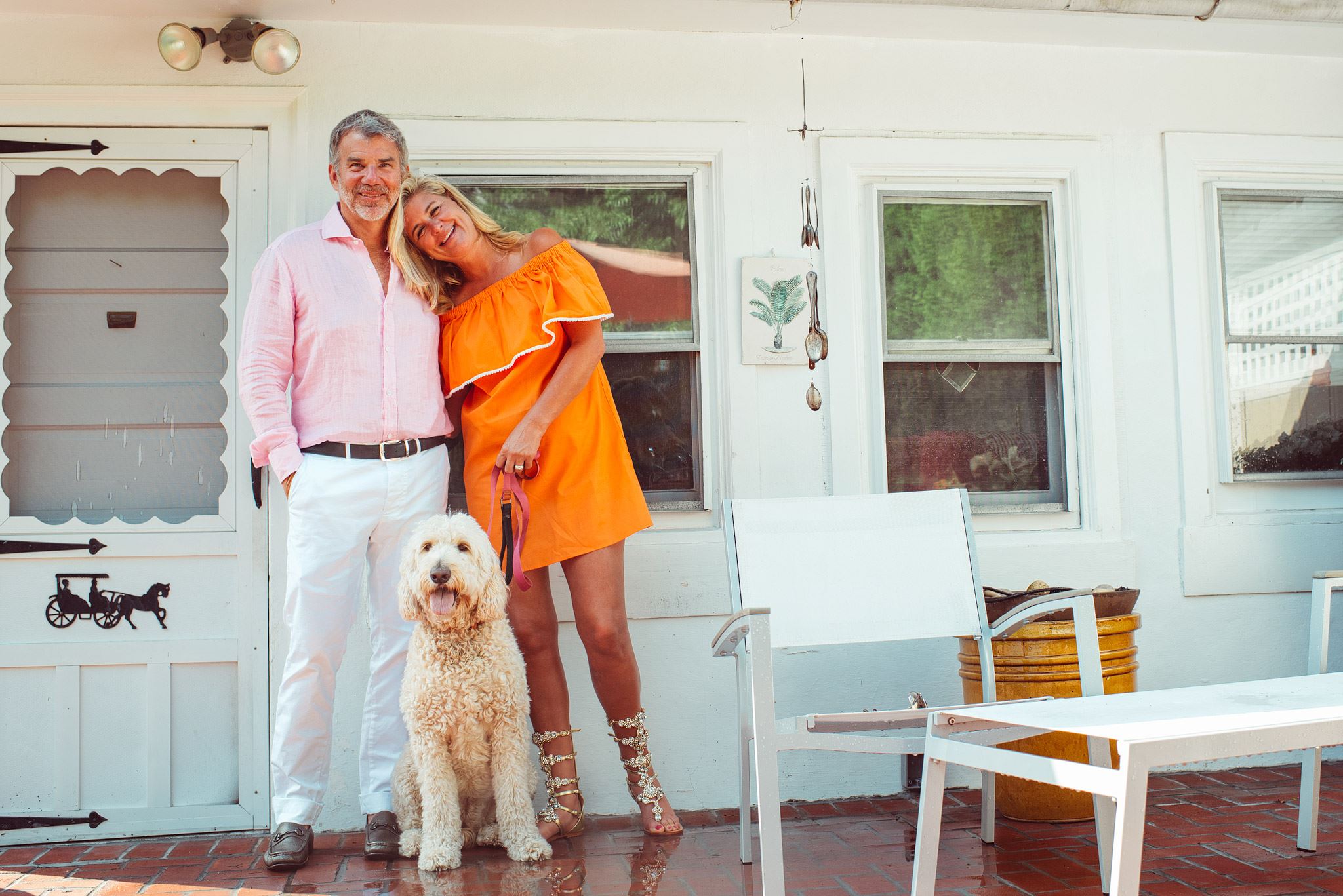 My parents were always entertaining. They loved to party and were constantly drinking with their friends. From my perspective as a child, every drink seemed to lead to even more fun. Everyone drinking was well-dressed and attractive, and as they danced and laughed the night away I thought to myself, “I want to be just like them.”

So later in life, when a friend offered me that fateful first beer, I didn’t hesitate. I knew the rules. I knew I wasn’t 21 but it didn’t matter – I didn’t care. I wanted to have fun and drinking made me feel sophisticated and grown up. So I had my first beer at 13 and it wasn’t my last. I thought I knew everything at 13 but what I didn’t know is that alcoholism is genetic and I carried that addictive gene. I had no idea what I had triggered.

During middle school, my drinking only took place on the weekends and when my parents went out. From the minute my parents pulled out of the driveway, I got on the phone and invited friends over to party. With my parents frequently away and a stocked bar, it was the perfect formula for a party. Suddenly I found myself surrounded with friends. I was popular and I was having a great time.

I would like to think that I was just a social drinker until 1984 when my parents got divorced – and when I say “got divorced” think “War of the Roses.” It was bad, really bad.  So when the sadness and emotions of helplessness got too much to bear I drank.  It numbed me and I could deal with my surroundings.  I was 16, in high school and alone. I drank so I didn’t have to feel anything, and it worked. It was such an easy solution and alcohol was so easily accessible: at my house, at my friends’ houses.

By age 16, drinking had taken over my life.  It was the perfect coping mechanism; the only way to live was to get drunk.  I was a black out drinker.  Whether I had one drink or 47. I would remember nothing.  Alcohol made my memory and my brain shut down.  I was physically there but not mentally.

My college years were ugly.  I turned to drugs so that I could drink more and stay out later.  I partied like a “rock star” but I was dressed in Lily Pulitzer and Gucci loafers. No one suspected a thing and I thought I was fooling the world.

After college, I moved to Philadelphia and got a great job. But, for the first time in my life, the alcohol got in the way.  I was fired from that job. At the time, I wasn’t as upset as I should have been because I had simultaneously met a wonderful man from a great family, who could take care of me and liked to party as much as I did.  It was a match made in heaven and we got married one year later. I was 26.

Instead of seeing the warning signs, I saw similarities and I thought we were perfect together.  At this point in my life I was a lost, alcoholic woman who didn’t know who she was.  So I played house and drank alcohol.  Life from the outside-in looked perfect.  We had a beautiful house in the right neighborhood and we joined the right country club.  Soon we had three children and life became even more perfect.  We were at the top of the ladder, in the right social circles.  But when I saw my picture in the society pages, dirty martini in hand, all I saw was a woman with empty eyes.  She was a shell.  It was hard to believe I was looking at myself.

One day, when the emptiness became more than I could bear, I decided to divorce my husband.  Just like that.  It was as if I threw a grenade into my living room and scrap metal hit everyone in the family. It was a mess.  I hurt everyone I loved and my only way to cope was another dirty martini and a couple bottles of wine. I couldn’t take responsibility for my actions; I simply dove deeper into my addiction.

Shortly after the divorce became public, I remember being out at a party and having someone come up to me to tell me how great I looked and was doing. Lies, all lies. I was crumbling inside, so I drank more.

The repercussions of my behavior are painful to remember and to talk about. It was behavior that I am not proud of: Crashing cars, DUI’s, destroyed relationships with friends and loved ones.  Drinking took me to dark places and I realize today that the culmination of these events brought me to my knees.  I was alone and desperate and didn’t know how to stop drinking. I was ashamed.  Shame is a painful and debilitating emotion. I realized that my disease was killing me but admitting you are an alcoholic is a very scary thing to do.  I didn’t want to be judged.  Alcoholics can be judged very harshly in our society and alcoholism is regarded as a moral issue, a lack of control, a weakness.  But the truth is, it is a disease.  A disease that kills 75,000 Americans a year and shortens the lives of these people by an average of 30 years.  This disease was going to kill me, unless I asked for help.

In 2006 at age 37, I was done! Nothing specific happened, there was no steel around my wrists or lights chasing me but I was sick and tired of being sick and tired.  I looked in the mirror and hated what I saw. I was filled with shame; I was a loser, I was a fraud, I was a drunk.  I tried to go to church and beg God to help me. I reached out to friends for help but had them tell me that they drank as much as I did and we were all fine.  They would even say, “lighten up on yourself.”

Then I got honest with some friends who were recovering alcoholics and were now happy.  They were living sober, wonderful lives.  They had the answers I was looking for but I had to truly ask for help.  Not an easy thing for me to do.  I was terrified of what my life would become without alcohol but I was also terrified of what life would become if I didn’t stop drinking.

On August 14, 2006 I asked for help, strangers helped me and God gave me the willingness to listen and take direction and the hope that life could be, and would get, better.

Today, I am over ten years sober. I am grateful and still fight the disease of alcoholism every day.  One day at a time, I continue to not drink under any and all circumstances.  This is not always easy but it is the only way to treat this disease.  I have recently lost two close friends to the disease of addiction.  Most of the friends that I hung out with when I was drinking are either dead or sober.  There is no middle ground with alcoholism; either you face it head-on or the disease wins. Today, I live each and every day sober, not ashamed.