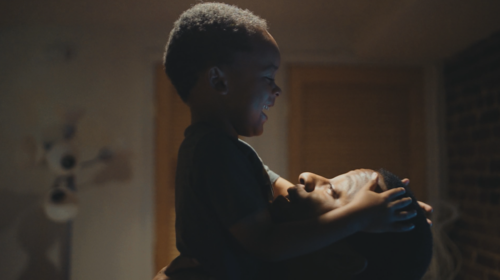 My Story
isn’t going to come out in one continuous line.
It will not clean itself up or try to contort itself in to a shape
that easily resembles success or moral.  I have not reached success.
I’ve reached right now. My reach still extends.  I achieve balance
by anchoring myself to the past while grasping for the future.

My name is Joseph Green. I will provide chapters
for my attempt at storytelling how this shipwreck once again found dry land.
Warning!!!
Hindsight is not 20/20 when blurred between lines
of cocaine and the haze of whiskey.

Today I incorporated my dream.  After walking into a financial services institution, paying a substantial sum of money, I received a piece of paper with the words “LMSvoice LLC.” The letters had a weight to them the CPA couldn’t quite grasp.  He said he’d seen people get emotional upon starting a new business but tears were rare.  My son was sitting in the other room watching Dinotraux.  My new accountant had no idea how many miracles where happening simultaneously.

As is true for many addicts, I come from a family of fine folk that have struggled heavy with the DNA effortless passed down through the generations.  I understand that now.  I now look at father like someone would look at person who had once been stricken with cancer.  He is a survivor. All you need do is Google “alcohol related deaths” to know how much truth that last statement holds.  Unfortunately, for the people like myself that were unlucky enough to be raised in a time where addiction was criminalized.  Not only was there a war in the streets but in churches, work places, and schools.  I was taught at a young age to see drugs and people who chose to use them as weak, selfish, and evil.  By the time I reached high school I was fully indoctrinated.  I quickly became the president of my school’s version of the “Just Say No” club.

When I found out my father was an alcoholic, it was already too late.  I hated him and I didn’t even know why.  I ran from what I thought then was a weak and selfish man.  I ran so fast I never got to witness the beginning of his recovery.  Never got to learn how to avoid or one day overcome this disease that was quietly waiting in the wings for me to high off my own ego and discontent.  I ran into a full-blown cocaine addiction. I also drank too much.  Didn’t really figure that out until after I quit the coke.  Denial isn’t just a river in Egypt, especially if it’s filled with Jack Daniels.

Three years of cocaine abuse, and drinking my sanity away, in upstate New York ended in total retreat.  I cannot clearly recall the details of the damage.  I know I broke things.  Mistreated hearts, forsaken friends, and pissed on generosities. After a year of being back in DC, back in my parent’s home, I received a phone call.  The voice on the other end side “John is dead.”  You know John.  There have thousands. Brilliant souls abandoned first by an ill equipped and criminally indifferent society and then ultimately abandoned by themselves. I loved John as many did, many more than me.  His death was the first of its kind that I had been this close to.  To this day, when I perform the poem I rescued from the wreckage, that was the end of his life, I feel aftershocks from that original earth quake.  I am thrown back into that place.

I am regretting all the things I never said,
I am sobbing on the phone,
screaming into the mirror,
shattering my knuckles into the brick wall,
and I am doing cocaine with the surviving members of our crew
30 mins after the funeral.

Chapter 63- Fight Club is my favorite movie (I am the all singing, all dancing crap of the universe)

Which is to say, that even with all I’ve accomplished in the wake of tragedy and the light of sobriety, I am only as good/saved/recovered as the promises I keep to myself. I fight to keep this happiness, one day at a time.

Most people don’t believe me when I say I don’t remember the last day I did cocaine, and I don’t care if they do. It has been years. The truth is, that it will never be far enough into the past to bring back what I’ve lost or change those I wronged.

The whole story will be told in future chapters, for now just know…

Today I am a father, educator, motivational speaker, business owner, poet, mentor, devoted son, loyal friend, faithful servant to the higher power that flows through us all, and luckiest man alive because I am in long term recovery and get to use my story every day to help people make the world a better place.

For the record, I do not believe in run-on sentences.  Run, Sentence, run!