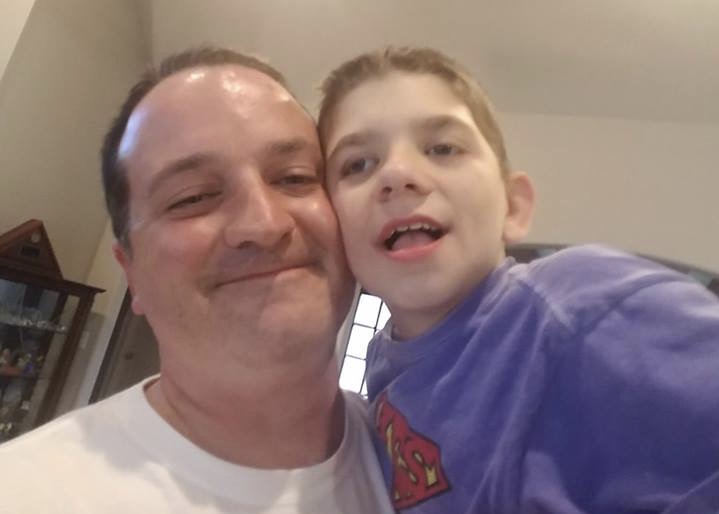 I came out of an opiate induced blackout, in treatment, on June 27th 2009. I don’t remember how i arrived there, but i do remember what led to me being admitted.

For a couple of years prior, I had been inching ever closer to oblivion. My son was hospitalized, in early 2007, due to a rare seizure disorder. We were told he would most likely die, and we spent 4 months in intensive care. My drug and alcohol use had already caused many financial, social, and medical problems in my life. However, the drugs and alcohol could not make the pain of seeing my son, 5 months old and hooked up to machines, go away. It is a feeling of powerlessness I hope no one ever has to experience. I tried my best to be there and I was physically, but I stayed as loaded as I could. My son would survive, but I would never recover.

A few months after we returned from the hospital my son’s mother left me. I used to be angry with her, but now realize she did what was best for everyone. She told me time and time again “if you don’t stop smoking crack, i’m going to leave you,” but I couldn’t stop. In this time I acquired, and lost, a couple of promising job opportunities. I went into a tailspin when she left and were it not for the kindness of my grandmother, the love of my little brother, and divine intervention, I probably wouldn’t be here today. Sometimes, our lives are held together by the tiniest threads.

I was offered a job in another city, and was flown to Germany to train for my new position. Though I drank heavily while in Germany, I put some weight back on and began to get myself back in order. I began to see my son again, take part in learning how to care for his disabilities, and even make a decent living. But I couldn’t run from myself and eventually it caught up with me. I began use opiates more heavily, and graduated to intravenous drug use. The job began to suffer and hopelessness loomed large. I couldn’t seem to overcome my problems and depression overtook me. Finally, I crashed and burned. I lost the job, I lost all hope, and death became a welcome thought.

I moved back in with my parents, but was kicked out because I couldn’t stop stealing and pawning all of their belongings so I could buy drugs. I became an absentee father because I couldn’t stay sober long enough to be with my son. My car was repossessed and no one wanted anything to do with me. My grandmother took me in and and to repay her kindness, I robbed her blind. She slept with her purse and suffered mightily because of my actions. I became everything I had ever hated, and was sure (with a needle in my arm and a crack pipe in my mouth) this is how I would die. I wanted to stop, and tried to stop, but I kept losing the fight against myself. The last thing I remember is getting my grandmother to drive me to a seedy gas station so I could shoot up in the bathroom.

The funny thing is when I started drinking and getting high, the goal was never to become a junkie. It was about having fun, letting loose, and being with friends. It was about relieving stress, giving me courage, and making me feel free. I never thought smoking weed and drinking would one day lead to shooting dope and smoking crack. In treatment, I learned that for some people, like myself, drugs and alcohol have a different effect. That for some people, willpower just doesn’t cut it and they need help. I am one of those people. I am a drug addict and alcoholic. From there, I could make a beginning, and so i did. I went to sober living, and started on my path to recovery.

My recovery has not been without struggle, PTSD from childhood molestation, depression and shame from my actions, made early recovery hard. My little brother, who served 3 tours in active war-zones, overdosed and died when I was 15 days sober and I only saw my son a handful of times in my first year. But, people in the recovery community were there for me, to show me how to survive, to pick me up when I was down, to teach me, and help me thrive. To them, I am forever grateful.

Today my life is amazing. At 2 years sober, I gained full custody of my son and he moved in with me. I’ve had the same job for over 7 years, and I have a key to my parents house. I have repaid all money I stole and made peace with most of the people that I harmed. I am respected and loved, but most of all – I have self-esteem and integrity. I like who I am today. I miss my brother, 25 is too young, but I use his story to help others. In that way, he gets to live on and experience recovery. Raising a disabled child is challenging, but nothing has been more rewarding, and his love is the greatest gift I’ve ever received. Finally, I spend much of my free time trying to help the next person, as was done for me. There is hope for the hopeless and love for the unlovable.

My name is Christopher Clark. I have been continuously sober since April 20th, 2010. I live in Auburn, Alabama and am 37 years old. I am a (good i hope) father, son, brother and person in recovery.