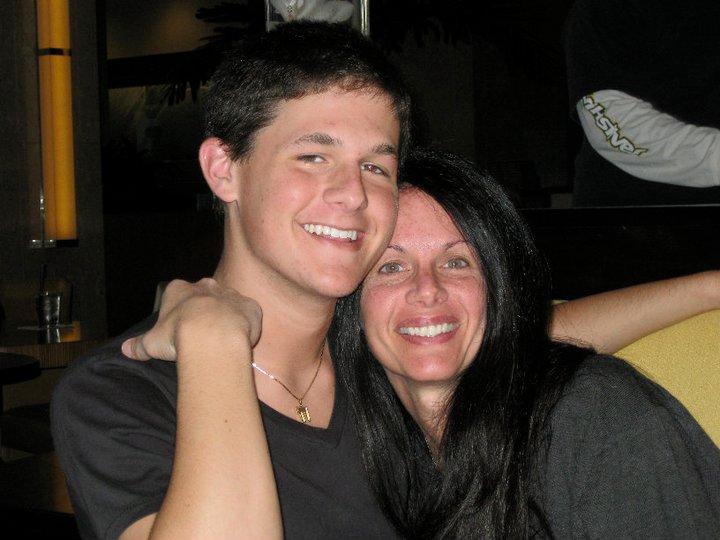 December 7, 2016 will forever be the most difficult day for all of us.

That is the day we found out our beautiful son Jamie had died. Rumors surrounding his death circulated throughout our community, but Jamie’s story is not what anyone expected.

There was no predisposition to addiction in our family. And honestly, I didn’t know how to recognize the signs. I do know that at times throughout Jamie’s life, he’d feel like he didn’t fit in, or would go to the extreme to fit in, as was the case while he was in university.

When Jamie was about 16, he gave a self-diagnosis to a therapist as having ADD and asked for Adderall. After seeing the therapist for several weeks, the therapist agreed with Jamie and told me I had set him up to fail. That he wasn’t smart enough to get through high school, let alone get into university. I was dumbfounded, almost speechless. Maybe it was adolescent behavior, stress or anxiety, but it absolutely was not ADD. Years after his diagnosis, and after graduating university, Jamie admitted to me he had intentionally answered the questions wrong on the ADD test. It was that easy.

After that, Jamie gave us no reason to suspect he was using or abusing drugs. He graduated high school without issue, and went on to university. He was still taking Adderall.

In January 2015, just 4 months prior to Jamie’s graduation from Michigan State University, we found out he had been abusing prescription medication. We don’t know exactly when he turned to opioids, but we do know they were easily obtainable on campus and by the time he graduated, he couldn’t stop.

I got a referral to yet another therapist near Jamie’s school who told me not to worry, he’d be fine. He passed Jamie off to another therapist, who continued to get Jamie his Adderall pills.

With Jamie being over 18, he was now able to find his own therapists. He found a psychiatrist that several of his friends went to, who’s office was about an hour away from school, and who only saw Jamie a minimal amount of time , and continued to prescribe Jamie Adderall.

Jamie graduated Michigan State University with a 3.5 GPA in May 2015. He had arranged a summer job that he started in June. By early July he was in serious trouble. In an attempt to detox himself, Jamie called and begged for help.

We found him a rehab facility in Michigan and he signed himself in. Since they felt he had already detoxed himself, he was admitted for 2 weeks for therapy. He seemed to do okay. When I went to pick him up, I had asked his therapist at this facility for recommendations for therapist to continue treatment. The answer … the person who has that information was off, but call her tomorrow. When I called to speak to the woman the next day, she told me to Google therapists. At the same time, we had Jamie call the psychiatrist he had seen before going to rehab and tell him he was an addict. I had a difficult time finding a therapist. Jamie told us he felt most comfortable with the psychiatrist he had been seeing, so we agreed to let him go back knowing that Jamie had admitted to him he was addicted to pills. We came to find out that the Adderall continued to be prescribed, along with sleeping pills. Jamie relapsed 2 weeks later.

I watched him try to detox himself several times. On three occasions I took him to the emergency room during an acute crisis, only to be discharged hours later with no long-term plan.

We finally found help from a psychologist in Michigan, who at Jamie’s lowest point recommended he move to an inpatient treatment center in Florida. After spending 10 days in the hospital in Michigan going through detox, where they weaned him off all the medication he was taking, less than 24 hours later he was on a plane to Florida.

The plan that was arranged for Jamie by the psychologist, the admissions advisor at the treatment center, Jamie, and me, was to spend a few weeks at the inpatient treatment center, then move to a sober living home.

With guidance, he’d attend outpatient treatment meetings, be routinely drug tested, be expected to find a job and acclimate himself back into society, clean and sober.

Jamie was in Florida for 7 months. We had high hopes of his being a success story of sobriety, but it wasn’t to be.

We had no clue about the corruption in Florida. No one said anything to us. When I was on the phone with Jamie and his therapist in Florida, and we spoke about him moving into a sober home, not once did the therapist mention anything about what had been going on in Florida.

It took almost 8 months after Jamie died to put the pieces together.

With the help of the State Attorney for Palm Beach County and his special Drug Task Force detectives, we have now learned that what has become a billion dollar, broken recovery industry, often involves corruption and criminal activity, and took Jamie’s life.

Florida has become the recovery capital with over 400 sober living homes in Palm Beach County alone. These homes are linked with outpatient treatment programs, doctors and labs. However, many sober homeowners realized there was more money to be made by preying on individuals, with insurance. They pay anywhere from $500 – $1000, to what have been termed ‘body brokers’. These people befriend and lure individuals into specific sober homes with offers of gifts, or as in Jamie’s case, a promise of rent completely covered by insurance. In many cases drugs are easily accessible to those in recovery, so the relapsed client has to enter detox again and the cycle starts all over. All the while, the owners are charging the insurance. In a nutshell, it is ‘patient brokering’. They receive kickbacks for each patient they refer, and they can keep billing the insurance. With Jamie, the doctor they sent him to, a self described addiction specialist, put Jamie on new medication for his anxiety. Jamie had already been on an anti-anxiety medication for a month. This new doctor prescribed Alprazolam, commonly known as Xanax. A highly addictive drug and not one that would commonly be prescribed to someone addicted to prescription medication. In other words, Jamie was set up to fail.

On December 7, just 4 days after being prescribed these medications, Jamie ingested heroine laced with fentanyl. Since Jamie had been clean for seven months, that pill shocked his heart and eventually killed him. Unfortunately, it wasn’t clear to police at the time, nor to us now, how or where Jamie got the drugs, as no drugs nor any of Jamie’s medications, were found at the scene. What we do know is that the house manager never gave Jamie Narcan , that could have potentially saved his life. There has also been question as to how long Jamie’s roommate and the house manager waited before calling 911.

Shortly after returning from the cemetery after Jamie’s funeral, we started receiving a series of text messages from Jamie’s roommate from the last house he lived in. In addition to telling us he had some of Jamie’s possessions that he’d return to us if we sent him money, he told us that he had enough information on the house they were living in to bury the owners under the house.

The intent of course, was not to kill Jamie, but keep him in the system, and continue to abuse his insurance.

After speaking with Blue Cross Fraud Department, and the Drug Task Force detectives, it was determined that charges from 2 of the 3 sober homes Jamie had lived in, were fraudulent. In less than 7 months there was upwards of $60,000 in insurance charges for urine and blood tests.

Recently a report was made of drug screens being sent to rural hospitals rather than city labs, as insurance companies pay out more to keep money in the rural areas. Specifically, a hospital in rural Georgia is under investigation for fraud after being recently purchased by someone in Florida. After looking at Jamie’s EOB’s again, we found lab screens that were sent from Florida to this hospital and paid out by Blue Cross Blue Shield.

It turns out that the doctor he was sent to after moving into his second sober house has been on the FBI’s radar since at least 2013. Working with Blue Cross fraud, we found that 3 requisitions signed by the doctor were done during the week of Thanksgiving and we were able to show proof that Jamie was home with us in Michigan and not in the state of Florida.

We were told that we had no recourse with either doctor. Because there is no standard of care, I was told that, if we went to court, it would be my expert witnesses against the doctors’. So, Jamie’s cause of death remains accidental death by overdose.

Jamie seemed to embrace his sobriety. He had just started studying again to take his LSAT and he was working as a law clerk in a large firm in Boca Raton.

While back home in Michigan for Thanksgiving, Jamie told his friend’s mom that he had ‘taken the wrong path, but was on the right road now’. That was 13 days before he died.

Jamie is one story of many, but one that has to be told to help make a change.

Thank you for allowing me the opportunity to share Jamie’s story with you.