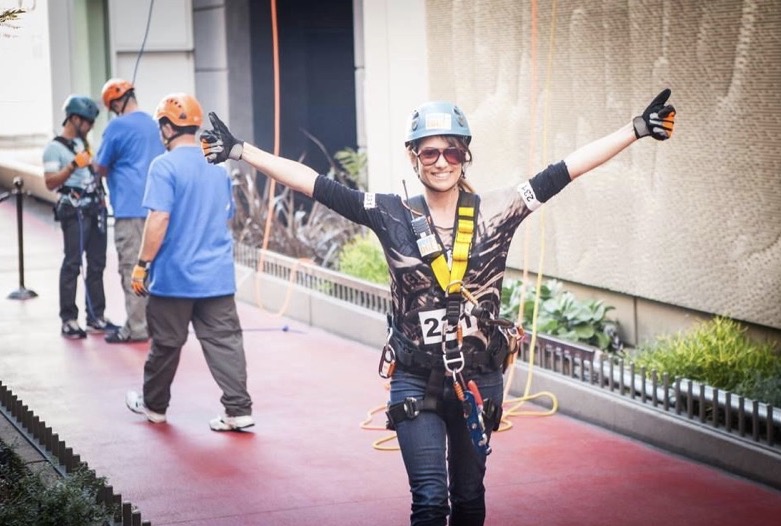 The absolute last thing I wanted to be was sober. I knew it meant the end of fun, and since I thought happiness meant flinging yourself from one fun experience to the next, I considered that the end of life. Yet the crazy part of my staunch belief that sobriety was the absolute worst thing is that I knew sober people who were not miserable and actually seemed quite pleased with their lives. My brain—overactive, overprotective instrument that it is—edited that information out so it could cling to the idea that sobriety would not be for me.

I wasn’t in complete denial about my problem with coke; I just thought I could manage it. I’d been able to quit—for up to a month at a time—and so I would tell myself that since no addict could stop for that long, I must not have a very serious problem. Still, someone suggested I go to an AA meeting so I went with a sober friend. I remember telling her friends afterwards the many flaws I’d noticed during my 60 minutes of exposure to the program.

More time passed and the friend that had taken me to that meeting was gone, fed up with my crap. At this point, my coke use had progressed from casual to dedicated to obsessive. I was a disaster emotionally and wasn’t remotely employable (I was employed, crazily; this was because it was the year 2000, when a bunch of foolish people were given outrageous sums of money to create websites that were bound to go under and well, one of those fools had hired me). I had lost touch with anyone from the days before my coke use had begun in earnest. I had a collection of dealers and spent any time outside of work alone, “working” on a screenplay. Cocaine, I told myself, made me much more creative! And it did—the first few times I did it. Years into our relationship, the drug that had once made every synapse fire with exciting ideas had rendered me immobile, unable to do anything but sit in front of my computer and shake.

Nights turned into days turned into my actively wanting to die. At the end of each binge, right after the birds had started chirping, I’d take a bunch of Ambien, often fantasizing that I wouldn’t wake up. But I always did. I was in that place that many addicts get to near the end—too scared to live but too scared to die. I fantasized about driving my car head-on into the opposing lane, thinking only of ending the hell I was living in and never about who I could hurt or kill.

I can’t explain what, exactly, happened next and how it led to a new life but this is the best I can do: One day, when I went to the doctor and got my blood drawn, I thought, as I put out my arms down for the needle, how relieved I was that they didn’t have track marks. I’d never shot drugs in my life and the fact that I had this thought shocked me. It’s like I was given a two-second glimpse into the life I would have had if I kept doing what I was doing—like a version of that Gwyneth Paltrow movie Sliding Doors, where we see two different directions her life could go. (For those unfamiliar with this very late 90’s reference, Sliding Doors was a great concept but, well, a bit of a dud.) A week later, I put myself in rehab.

When you’re sober, non-addicts always want to know about the moment you bottomed out; they want to hear that you woke up in a ditch and a ray of sun hit you and you had a moment of clarity where you realized you had to change your ways. Or that you were at your drug dealer’s place and had run out of money and it was when he said he could pimp you out if you wanted to pay that way that you marched out of there and into AA’s open arms. They want something dramatic, something that can explain why one day you turned your entire life on its head in order to save it. But the day my life changed—a few days after that doctor’s appointment—was like any other except that I decided to call my mom and tell her I needed help.

Make no mistake—I was more depressed between the call to my mom and arriving at rehab than I’d ever been. I still thought sobriety would be horrible but I reasoned that if I tried it and it was as bad as I knew it would be, then I could re-think the suicide option. But I knew I couldn’t do it the other way around: killing myself wouldn’t allow me the option to try sobriety later.

If that’s not approaching sobriety with hopelessness, I don’t know what it is.

I was angry when I first got to treatment. I remember, in one of the first groups I attended, people laughing about how they’d attempted suicide. I explained to them afterwards that this wasn’t very funny. In another group, I mentioned that I thought everyone sounded like sheep, repeating the same stuff in different ways. And then…well, I can’t explain what happened then either. The people were saying the same things but my hearing changed. Or my brain changed. Or my heart. Or all three. Suddenly what they were saying not only made sense but penetrated me in a way nothing ever had before. I began to understand that my problem had pre-dated my first line and first drink: that the way I thought—my self-obsession, my self-hatred, my belief I was the most important piece of crap in the world and that I was owed everything and had been given none of it—had driven me to drink and do drugs the way I did. I started to see that for a good decade-and-a-half, alcohol and drugs had kept all of that thinking at bay and then turned on me, multiplying those negative thoughts to such a degree that I couldn’t hear or see anything else. Then because, for whatever reason, one day I was willing to believe I might be wrong about things I wholeheartedly believed, I was able to stop doing drugs and drinking. And once I started taking suggestions first from my counselor and then from people in AA, I haven’t really wanted them since.

My life went in a different direction than the first act suggested it would. While things aren’t always perfect, if this is a Gwyneth Paltrow movie, it’s one of the better ones I’ve seen (except for maybe Shakespeare in Love; that was pretty epic).

Sign up to receive more inspiring recovery stories from Anna by joining her newsletter here.