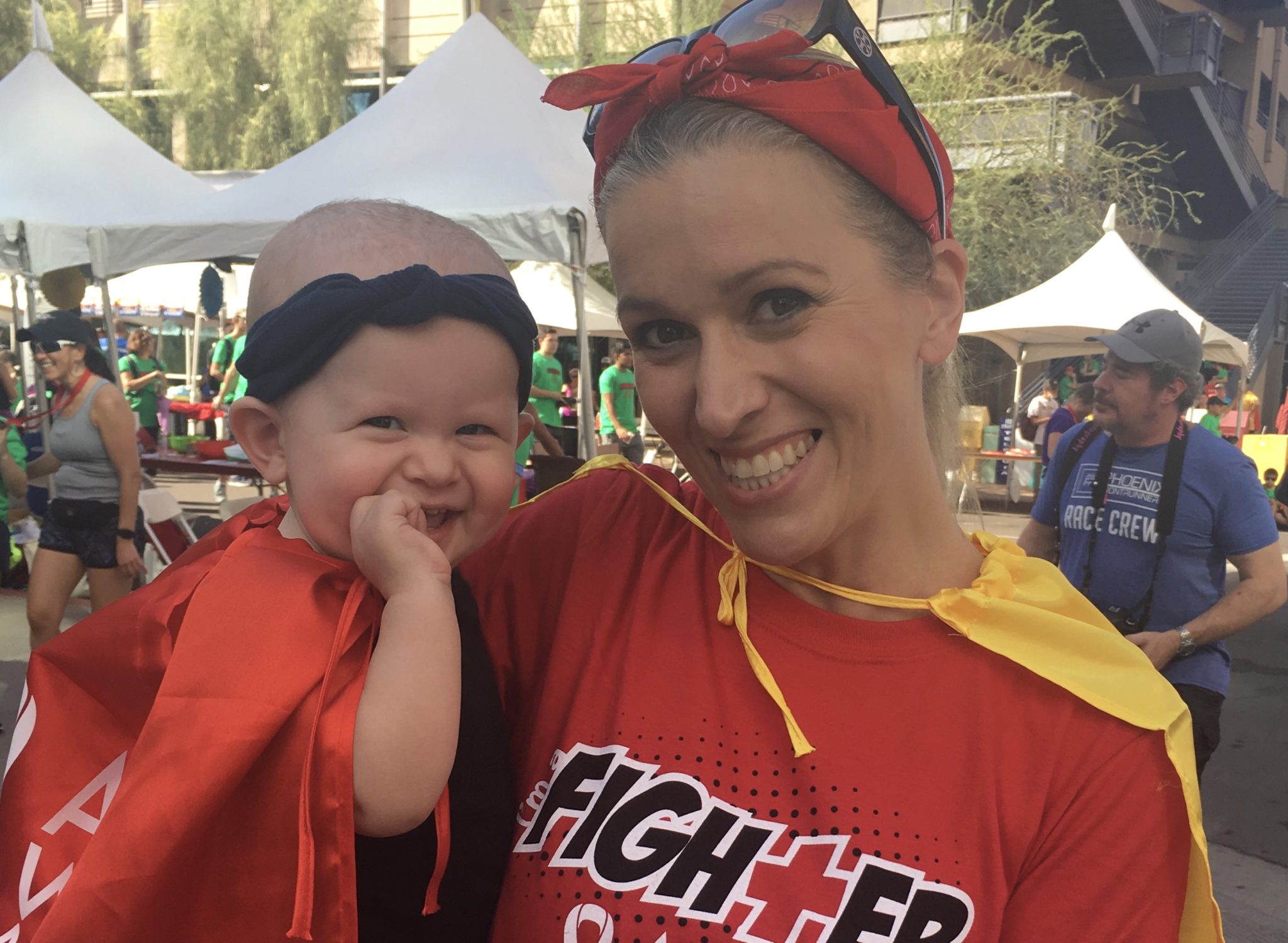 My name is Erin and I’m a woman in long-term recovery from addiction. My recovery date is February 21, 2010. The day that I started this journey, I had no intention of getting sober. I entered treatment to get everyone off my back and just take a break. I had a string of bad luck and just needed to figure out how to put things back together, not get sober. I now know that God was doing for me what I couldn’t do for myself and my “first step” experience or “surrender” had started a long time before I actually felt it.

You see, God showed up at my house on January 28, 2010. God showed up disguised as the SWAT team. Standing outside my house in handcuffs, two detectives came up and said “we don’t want to embarrass you, but is this you?” They were holding several 8×10 glossy autograph photos of me…Miss Arizona 1996, Erin Ashley Gingrich. There I was in my crown and evening gown. “What happened to you,” they asked. My only fitting response – ”drugs”. What was once a driven, poised young woman with meaning and purpose, was now a shell of a human that sold herself to stay well, and as far away from that once beautiful girl as possible. Left with no way out of the mess I had become, I went to treatment.

In my third week of treatment, I got the news that would shift my plans forever. I had some blood work done and found out that I was HIV positive as a direct result of my addiction and for the first time in thirteen years, I no longer wanted to die. I wanted to live and I would do whatever necessary to see that happen.

Shortly thereafter, I was charged with aggravated identity theft carried a presumptive of 7-12 years in prison. I started showing up for court knowing that my future was at the mercy of the judge. I just kept putting one foot in front of the other and 9 months later, I got a plea. I was absolved of the identity theft charges. I served 30 days in county jail with 2 years probation. I self-surrendered to jail December of 2010 and spent my first Christmas and New Year’s sober in jail. It was my first sober holiday in 13 years.

Just after my one year recovery birthday, I found out I was co-infected with Hepatitis C. Just another bit of proof that if I ever went back to the life I was living, I was on a path to death. As a result, I have become an advocate for HIV and Hepatitis. I’ve had the opportunity to share my story in various media outlets and work through the shame and stigma that is associated with those health conditions.

I fell fast in love in November 2012 and was engaged and pregnant in February 2013.  We went through our first miscarriage in April. That was the closest I had been to relapse but somehow we pulled through and started planning our wedding. We planned the wedding for October that year because I knew my father would stop fighting to live after my parent’s 50th anniversary which was in December of that year.

My father entered hospice on October 10th. My husband and I exchanged vows at his bedside October 11. I got the opportunity to make a full and proper amends to him, my husband celebrated 1 year of sobriety on October 15 at the Hospice center, and my father passed away on October 16 and I got to be with my family, in his room, when he took his last breath. My husband and I were married on October 20. I was faced with the decision to leave my job when I returned to work the following week.

God continued to hang out on the back burner for the next 8 months. During that time, I looked for everything else to fill that void. I was pregnant again the following January, had another miscarriage a couple months later and during this time, my husband started to relapse. There was lots of harm caused. I found myself back at that place of powerlessness and hopelessness that I experienced when I first got sober. I had to regain that connection. I found myself finally asking for help.

I did the work. I was finally okay with myself, even if I didn’t ever get to become a mom, my husband and I finally got God back into the middle of our relationship and found a stronger love than ever before. And next thing I knew…I was pregnant. We welcomed Rowyn into our family January 8, 2016.  She is nothing short of a miracle.

I’m a 41 year-old HIV positive, Hep-C positive, recovering addict mother who has recreated her life. Because I’ve been sober the last 7 years, I can say I’m all of those things with pride. That is pretty freaking cool if you ask me. I had no idea that my life would look like this but I’ll be damned if I would want it any other way. I absolutely love my life today. All the pain, all the fear, all of it…absolutely beautiful…and part of God’s awesome plan for my life.