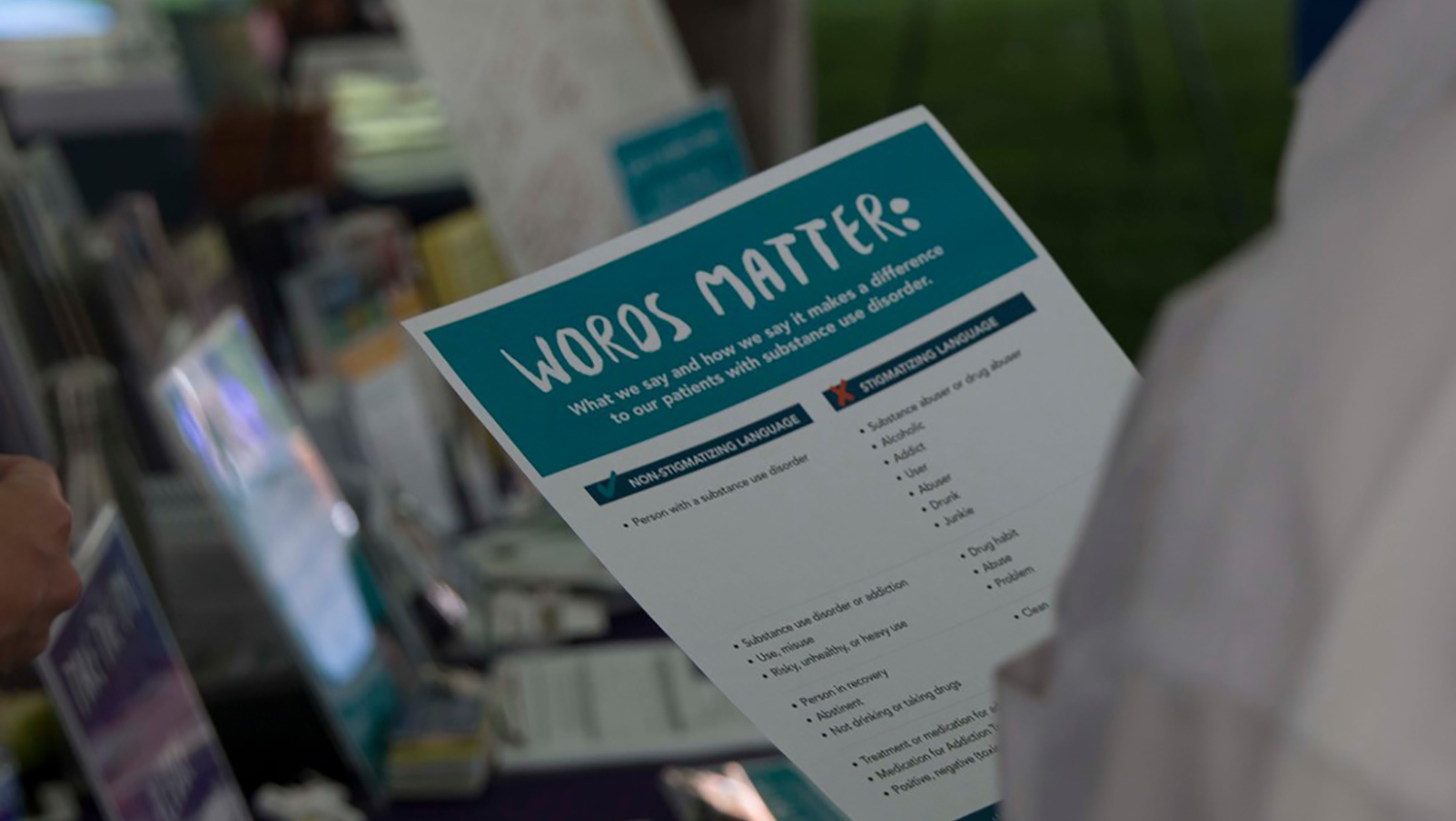 Over the last 25 years, Stephen M. Taylor, MD, MPH, has treated countless people with substance-use disorder and other addiction illnesses. But he has never treated an “addict.”

There’s no such thing as an addict, said Dr. Taylor, who serves as chief medical officer at Pathway Healthcare’s Behavioral Health Division in Birmingham, Alabama. “There is such a thing as a person with the illness of addiction or a person with a substance-use disorder.”

Drug-related overdoses and deaths have worsened over the last decade even as opioid prescribing declined by more than 44%, according to the AMA’s “2021 Overdose Epidemic Report” (PDF). Illicit fentanyl, fentanyl analogs, methamphetamine and cocaine are driving drug-related overdose.

“Any substance-use disorder is too often regarded as a moral failing or a sign of weakness,” said Dr. Taylor, an addiction medicine physician. “Stigma doesn’t just apply to having the illness—it’s also tied to seeking and accessing treatment for the illness.”

Certain stereotypes are often associated with opioids. This is another stigma, noted Dr. Taylor. The reality is that opioid-use disorder affects people from all walks of life, including the rich and famous.

The AMA has stressed the importance of using respectful language relating not just to substance use, but to mental and sexual health, race, gender and all aspects of patient care.

Certain words can make patients feel unsafe or excluded or impose limitations, which can affect their well-being. People should not be referred to as users, addicts or junkies, says the AMA’s guidance. Instead, physicians should use person-first language, referring to such patients as “a person with substance use disorder.”

A patient doesn’t “relapse”—they experience a recurrence of symptoms. They don’t have “dirty drug tests”—there is a positive test for a specific substance. They aren’t “clean”—they’re abstinent from drugs or are in recovery or remission.

“A growing number of physicians are recognizing that words matter, and that they can convey a message in a way that doesn’t make a patient feel excluded or part of a stereotype,” said Dr. Taylor.

“You are not an addict”

Patients are more than just their illness. This applies to all medical specialties, not just addiction treatment.

Dr. Taylor recalls the time he treated a longtime patient of his, a young man with an opioid-use disorder.

“He was in college and had become extremely addicted to heroin,” Dr. Taylor said. The patient never thought this would happen to him, that he would become, in his words, an “addict.” Using different language, Dr. Taylor steered his patient to another point of view.

“You’re not an addict,” he told the patient. “You’re the same terrific young man that I came to know when you were a teenager. You just happen to have an illness of addiction.”

Once the patient realized that he was not his illness, he was able to get control of and treat his addiction. The patient is now in law school and has been in stable, long-term recovery for two years.

“How we make people feel as physicians, as the caretakers of those people is extremely important,” said Dr. Taylor. It can motivate them to get the care they need and do the work to recover.

The AMA believes that science, evidence and compassion must guide patient care and policy change as the nation’s opioid epidemic has become a more dangerous and complicated illicit drug overdose epidemic. Learn more at the AMA’s End the Epidemic website.