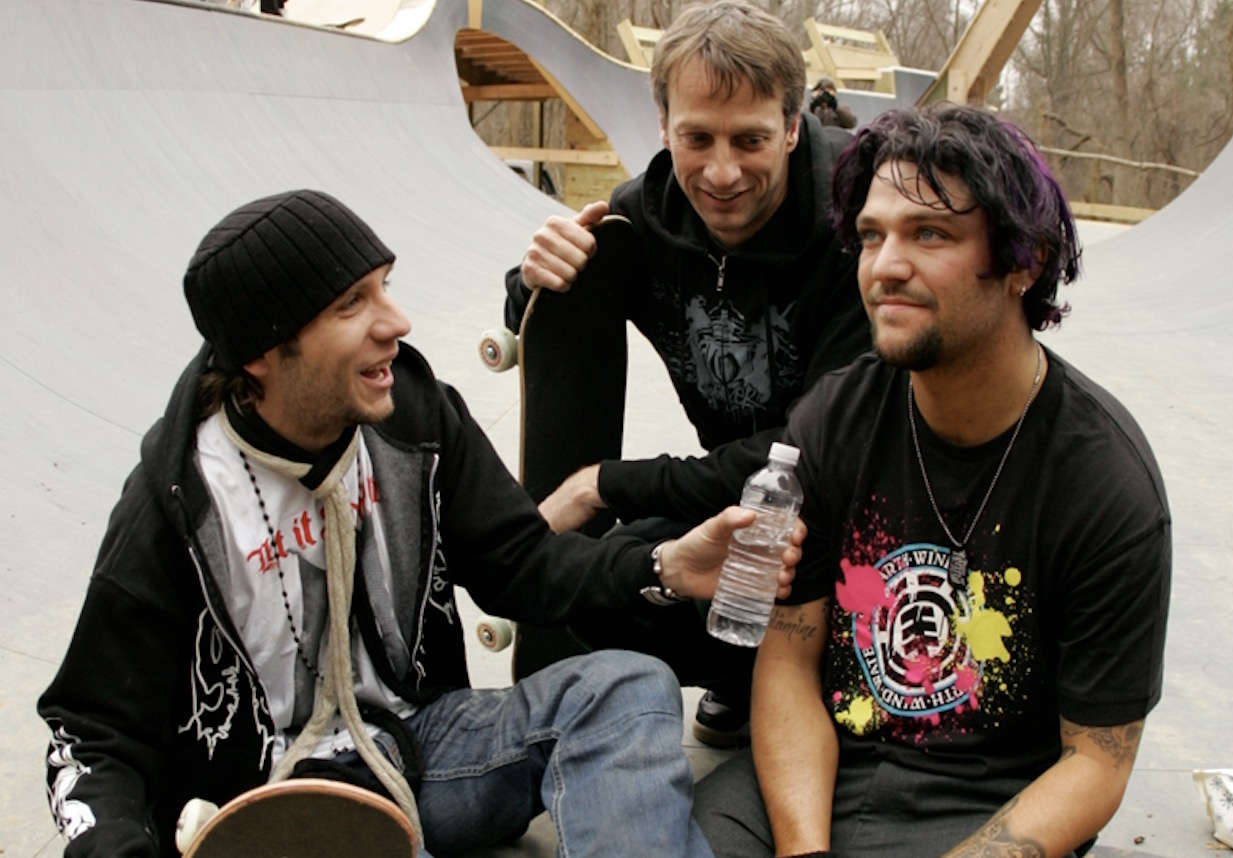 Here’s the thing about overdoses: they never get easier. It’s not like a wipeout, like when you miss a trick and your board goes out from under you and you have about a tenth of a second to think about whether you’re going home with road rash or a broken kneecap. And it’s not like a felony, either, although the sick feeling is the same, like a roller coaster you can’t get off of. You could say I’m an expert at fucking up – and you could also say that, like many people in recovery, I’m an expert at surviving some truly unreal experiences.

At first, people knew me for the skateboarding. I got my first skateboard when I was just a kid, maybe six or seven: Bucky Lasek was my hero and mentor. I even got that same gold chain with a “B” on it that Bucky wore all the time. At a skating contest, I won my first skateboard. I loved that thing so much that I slept with it in my bed. All I wanted to do was skateboard, so that’s all I did – I didn’t have a backup plan. School didn’t matter, girls didn’t matter. I ended up on the Powell-Peralta team. Bucky introduced me to other skaters, like Tony Hawk and Bam Margera. We were just kids then.

But here was the thing. I was hooked on skateboarding, but I was getting into dope, too. I’d disappear for a while, go on a run, and come back – Bam was always asking Bucky where I went. My dad was a crack addict, so I grew up with that chaos at home. He was in and out of jail while my mother raised me. Crack wasn’t normal, I knew that, but anyone who’s battled addiction knows that it can be inherited from someone in the family, just like your eye color or the shape of your hands. It wasn’t just in my DNA, though. My dad grew and sold weed, sold pills, and did every drug imaginable. As a matter of fact, he taught me how to use and deal drugs when I was really young and we even sold drugs together. I’m talking pounds of pot a week. My mom was intense too, in a different way: she started out as a phlebotomist, drawing blood, and worked her way up to being a nuclear physicist and radiation safety officer. Maybe I got my addictive personality from my parents and maybe I didn’t, but in the end it doesn’t matter. I was brought up to be an addict and soon enough my addiction grabbed me by the ass and just refused to let go.

I went into my first rehab in my mid-teens. It was a nice place, relaxing, kind of like a resort. That was one of the better treatment centers I went to. Over the next couple decades, I went to dozens more rehabs and outpatient programs, and each one got progressively shittier and grittier. In between, I’d stay sober for anywhere from a couple hours to maybe a month or two. I crashed with Bam one time, letting him think he was helping me out when really it was just a way for me to keep using in relative comfort. That didn’t last, either. Someone who drank and used like I did just couldn’t hide their addiction. It was obvious that I had a problem, to me and everyone around me.

Sometimes, I switched to drinking wine to avoid shooting up, but that didn’t last for me either. Wine was more “socially acceptable” in the public eye, so I could drink alcoholically – but I always ended up with a needle in my arm anyway. I ended up homeless, selling my ass to anyone who was buying, with nothing but a torn-up Brooks Brothers button down shirt and a pair of pants that were ripped all the way up the back. I didn’t even have shoestrings in my shoes – I’d lost them around my arm, somewhere along the way. This rehab was my last one, and I thank God it’s stayed that way. It was a rough place – they kept the blinds closed all the time, because people were doing dope deals in the parking lot, right outside the treatment center. I didn’t know then that I was going to have lasting sobriety, but I was desperate and finally willing to listen.

It’s unbelievable to a lot of people that I was able to get sober, after so many years in active addiction and being in such bad shape. When they find out exactly what I was doing when I was using, it’s even more unbelievable. Addiction’s like a funhouse mirror in some kind of nightmare carnival ride. It made the crazy stuff even wilder, and shrank the important stuff down to almost nothing. My bestselling book Dreamseller was about a lot of the things that I experienced when I was still out there. It’s got stories about all the people I met and partied with, and the people who scraped me off the pavement when I hit bottom over and over. My new book, a graphic novel called The Brandon Novak Chronicles, goes even deeper into the story of my addiction and how I made it from the dope dens of Baltimore to hanging out in Hollywood with Bam Margera and the CKY Crew. When people hear my story and can’t believe that I did those things and survived, I tell them, “You’ve got to see it to believe it.” That’s what this graphic novel is going to do.

Even at two years sober, I am still learning and remembering the way things used to be. I’m not struggling to try and stay high every day, and I don’t have to sell my ass or hustle anyone to make it. I get to skate, play, and spend time with my family and loved ones. It’s not all dark and it’s not all a pink cloud: The Brandon Novak Chronicles are just the honest truth, my story about me, and where I come from and everything I’ve been through. My mission now is to share my message and get my story out there: the high points and the low ones, too. Tony Hawk said it’s “a cautionary tale with hilarious despair!” That sounds about right to me. To read more, and get some awesome rewards for backing the book, check out my Kickstarter campaign.

It’s skate, drugs, and rock and roll. And I lived to tell the tale.