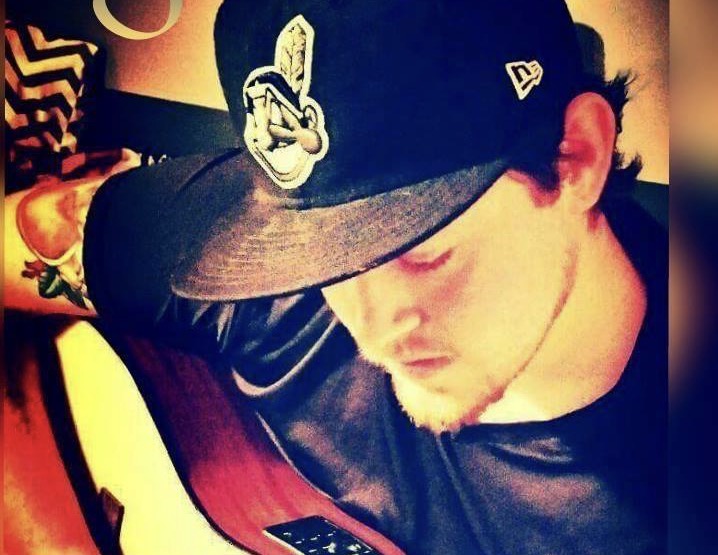 Hello everyone. My name is Logan Bruce and I am in recovery from drug addiction and alcoholism.

I’d like to say that my substance use derived from a rough childhood, but that simply is not the case. I grew up in Amherst, Ohio (just west of Cleveland) and my childhood was perfect. My mother and father instilled in me strong morals and values from a very early age. My younger brother and I were set up with every opportunity to succeed in this world. We were taught the importance of good grades and the necessity for respecting those we surrounded ourselves with.

I found success in the classroom, and I found an even greater amount of achievement on the baseball field. This quickly became who I identified myself as: Logan The Baseball Player. From the ages of 6-18 I used baseball to determine my levels of confidence, happiness, and even my self-worth. Since I was pretty good at the sport, this sufficed for a few years of my life.

However, once I entered high-school I realized I did not truly know who I was. I was a quiet young man that only truly became comfortable while I was on the diamond. Outside of baseball I was not confident in any part of life. Whether it be talking to girls, socializing, or even being by myself…I was not okay. Then I drank. When I drank I found everything else that baseball couldn’t provide. I embraced drinking like a long lost friend that I had been missing my whole life. I could suddenly be the person I though I was supposed to be. I could finally fully act the part of the stand-out high-school athlete.

To make a long story short, my drinking and drugging stayed casual until I graduated high-school. I received a scholarship to play college baseball, which was what I had been working for pretty much my entire life. A month into my first semester at college I quit that scholarship. From the second my parents drove off the campus after dropping their oldest son off to college for the first time, I drank. I drank for a month straight until I physically and mentally could not even attend the fall baseball practices. I was completely lost.

“Logan The Baseball Player” was no more, and I had no idea who I was as a person. I continued to drink nearly every day for 3 years in college. After a few run-ins with the law and countless blackouts over those 3 years, I had a seizure August 8th of 2011. During that seizure I fractured 3 vertebra in my back and the seizure was clearly from an alcohol withdrawal. I had known for probably the last two years of college that I had a problem with alcohol, but never thought I would actually need help with it. After all, I still maintained a decent GPA throughout my 3 years of school (which was helped by the ADD medication I stole from my girlfriend at the time).

I was 21 years old laying in a hospital bed with an obvious drug/alcohol problem, a broken back, and prescription of pain killers. I had fallen a long way from the collegiate athlete and high-school baseball star. My self-esteem was at an all time low. Despite breaking my back and a DUI a few months later, I struggled for 5 more years. I would get some clean time but then go back out to the misery that I have become all too familiar with.

In one of my treatment stays, I brought my guitar. I began writing and messing around with song ideas since I had nothing better to do during my free time for 30 days. At first I would only play and sing by myself because I was not confident enough to put myself out there like that without the help of drugs and alcohol. One day I mustered the courage to sing a song a wrote for a group of people I was in treatment with. By the time I was done, everyone in the room was crying. From then on I was asked to play every single day until I was comfortable enough to perform without being forced to.

This was in 2013. For years I half-heartedly attempted to chase down my newfound purpose. My dream is to be a musician that can show the entire world that no matter what hardships are put in front of us, we can overcome them. The only obstacle that I have found after seriously giving 100% effort to be a professional singer/songwriter is going through the uncomfortable feelings of putting myself out there. However, every time I have pushed myself to fight through the uncomfortability, I feel so much better about myself. Through recovery and music, I have learned to finally believe in myself and my abilities as a person and as a musician. If I can do it, anyone can do it. Keep fighting, find what you love to do, and shoot for the stars.

Here is a link to one of my favorite songs. It is called “Shallow Waves”. It is written as if my father wrote me a letter talking to me about my addiction. Enjoy. Much Love!

I wrote this song while at my 5th stay in treatment for drug and alcohol abuse. I had just relapsed after 6 months clean/sober and I was completely hopeless. The thought that I would never be able to stay away from drugs/alcohol haunted me. I was certain that I would continue this destructive path until I died. One day it finally dawned on me that I was being selfish. I had been hurting my family for years and used any substance I could find to hide that guilt. I realized that no matter how many times I kept screwing up and hurting them, they still stood by my side. I had stole from, lied to, yelled at, and flat out disrespected my family for years, and they still were there for me. This song is written as if my dad wrote me a letter while I was sitting alone in that rehab for the fifth time in my life. The song is called “Shallow Waves” and it is by far the most personal song I have ever written. Please listen and share. We all know somebody that struggles with addiction, and hopefully this song can help convince them to not let those shallow waves take them away.