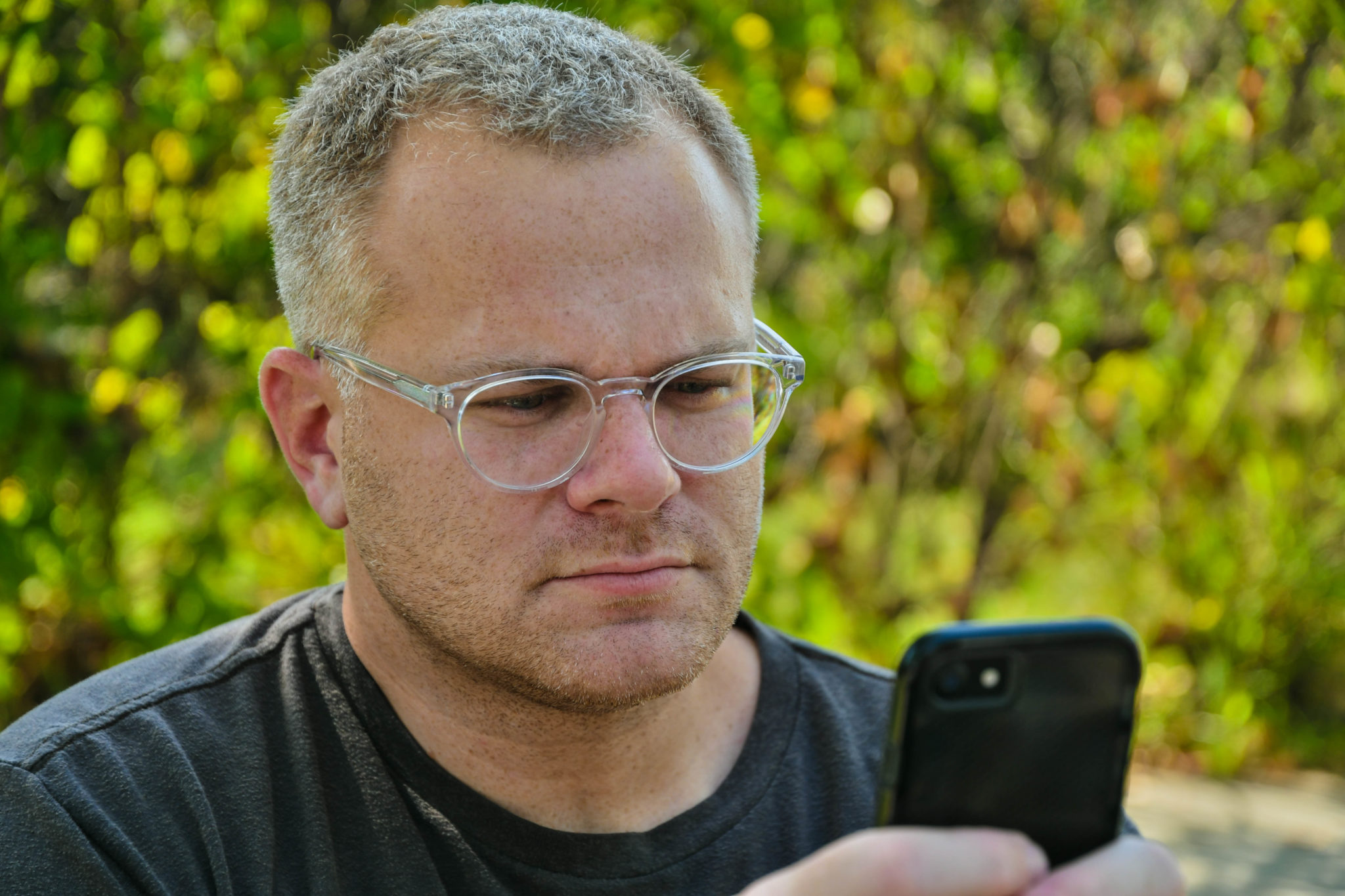 At the end, there were only two things I cared about: the bag of heroin on my glass topped coffee table, and the cell phone next to it. They were my two life lines. After a decade of abusing opiates, I couldn’t stop using heroin. I was psychologically, physically, and emotionally dependent on it. My phone, too, was an absolute necessity. It linked me to my network – which I’d started building since I worked in the White House as a young, ambitious staffer. On the last day of my drug use, I stared down at the table. To my left, the baggie. To my right, the phone.

At the time, I had no idea that one of those two things would save me from the other. Now, my phone – and, more specifically, its social media capabilities – are an intrinsic part of my new life in recovery. It’s been more than two years since I got the call on my cell, telling me there was a bed available at a public detox. I took that call, and the chance to get sober. While I was in rehab, I communicated with my family and friends. I started connecting with other people in recovery online, through Facebook and Twitter. Through social media and articles I read, I learned that addiction is a chronic brain illness. Online, people were speaking up about their experience, breaking the silence of addiction. I’d found my tribe – and it fit in my back pocket, or right in the palm of my hand.

My phone is how I found out my friends were dying of the health problem that I had. Early in my recovery, I lost four people who were very close to me, all within 3 months. One, Nick, was an aspiring actor. He was found in his room and had died hours earlier from a fatal overdose. Another friend, Greg, died just a few short weeks after. I will never forget getting those messages, or how I realized, days later, that my friends were only four out of hundreds of people who die every day from addiction related issues. It seemed that, everywhere I turned, someone had lost a son, a daughter, a friend, or a mother or father. Addiction, I realized, was lethal. And staying silent was our death sentence.

Sitting on my bed in the Pasadena sober living home where I’d finally landed, I looked down at the phone in my hand. Statistics swirled in my head. Addiction affects 1 in 3 people in the United States. Only 10% of people with addiction actually got treatment for their disease. The wait time for access to public facilities typically exceeds 30 days. I myself had frantically called multiple treatment centers, only to be told that beds weren’t available, and likely wouldn’t be for multiple weeks. Being placed on waiting lists, knowing that my window of willingness to keep fighting for help was waning by the hour, were some of the most terrifying moments in my entire life. I knew that untreated addiction was lethal. And yet, 23 million people in the United States live in long-term recovery. People made it – but how to make that attainable for more people?

On the evening of October 4, 2015, I opened my Facebook app. And there, in my hands, was the livestream video that changed my life forever: the UNITE to Face Addiction rally on the National Mall in Washington, DC. It sounds like a small thing, but watching that concert, which was attended by tens of thousands of people in recovery and included performances by sober artists that I grew up listening to on the radio, changed my perception of what was possible. That was my community – my people. And they were standing up for what they believed in. They weren’t hiding and they weren’t ashamed. That was the day that I stopped being a social media bystander and got involved. I’d found my purpose – and once again, it was right under my nose.

The idea that social media can create massive cultural change isn’t a new one. Because social media allows people to communicate freely and share information, it enables the creation of like-minded groups. If these groups are big enough, or driven enough, they have the potential to positively influence and shape cultural progress. Recent examples of this include the Green Revolution in Iran, Arab Spring, the Occupy movement, and #BlackLivesMatter protests. And, of course, the new grassroots movement to end the stigma of addiction. Our community, once marginalized and shamed into silence, had found a way to make its voice heard – and it was loud. Feeling inspired, I logged on to Facebook messenger and found Tom Coderre, a recovery advocacy change-maker and friend of Facing Addiction, the movement whose work I admired. He immediately put me in touch with co-founders Greg Williams and Jim Hood– and I was on my way. I had no idea where I was going, or how I would get there, but I was going. I had a mission: to lift-up voices of people in recovery, and share the vital stories of our community.

Soon, I was on the road, heading to Philadelphia for the Democratic National Convention. Hey, I’d done crazier things – now, I was doing them in recovery, and for a good cause. We coined the project Addiction Across America and partnered with Facing Addiction. We were driving 3,000 miles east to speak at the convention and advocate for addiction solutions. It was a 30-day road trip through the heartland of America – communities hit hardest by the addiction crisis. I had nothing but $20, my phone, and a $100 Google Stream notebook when I came up with the idea. But I also had a road map from the people who’d taken this journey of advocacy before me, and the stories kept coming. I published some of these stories in a digital web series. That was the beginning of what is now called the Voices Project.

It was also the beginning of my recovery advocacy. After the convention, and the 2016 election, I realized the tremendous influence that social media could have on how people talked, thought, acted, and even voted. I saw a way for us to transform the recovery movement into a campaign – one so big that it couldn’t be ignored or silenced. So I started a Facebook page, then added Twitter and Instagram. Up front, I decided these accounts would never be about me. The point was always to raise up the voices of others. The pages began to grow. People from all over the world found me. 5,000 followers turned into 50,000. Now, that number is over 200,000 people, combined across all three platforms. But it’s never been about the numbers. Each one of those “followers” has a face, a heartbeat. They are real to me. They’re people. They’re a mom in Connecticut who lost her child; an incarcerated recovering heroin addict in Richmond who’s a peer leader in his cell, helping others find recovery; a brave young man in Los Angeles who would come out as a person in recovery and tell his inspiring story for the first time.

Before the Voices Project, I never thought of myself as a storyteller. But I guess it’s who I am – and today, I’m okay with that. I’m a storyteller with a purpose. I didn’t set out to become an advocate. I had no idea that my recovery would take me in this direction, but like so many others across this country, once I became aware of this crisis, I couldn’t ignore what I saw. The injustice, prejudice, and epidemic loss of life have me mad as hell. Every day, more lives are lost; another unfair, discriminatory policy is written. So much depends on telling our stories. I can’t stop. I won’t. And while I don’t often know what to say, I do know what to do today.

And that’s where you come in. The Voices Project proves that together we can help end the addiction crisis. We can do the work that we could never accomplish alone. Together, we’ll end the silence and show this country that we are one of the largest constituencies ever to exist. We can inspire change, save lives, heal our communities, and build a digital movement like nobody’s ever seen before. This is the #VoicesProject.

Our time is now. Let’s go make some history.