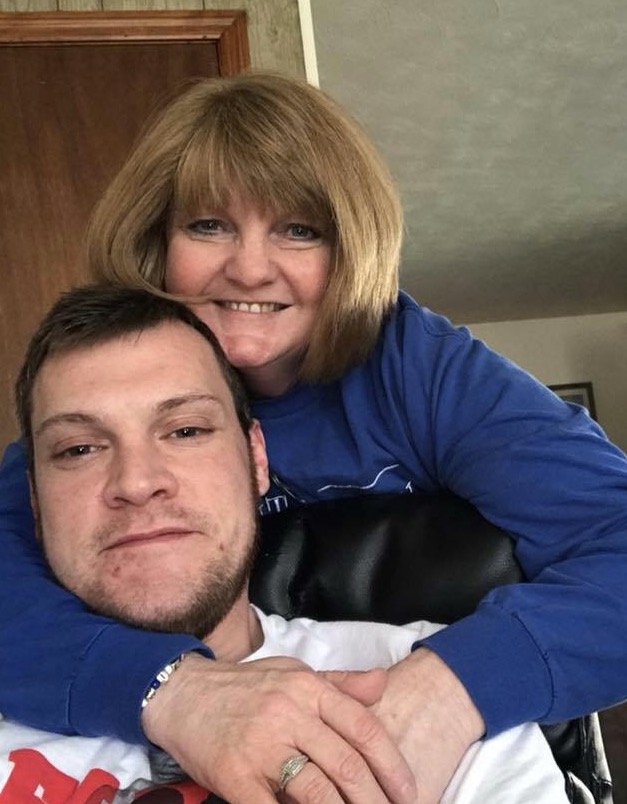 For those of you that don’t know my story, here is a glimpse of the hell I went through. It took me a long time just to see the light that was there all along.

When I look back on my life, sometimes I get disappointed, sometimes I laugh, sometimes I cry. I was an award-winning actor. About nine years ago, I was cast in one project right after another. I lived all over, from Boston to Los Angeles and everywhere in between. I worked on all kinds of projects, including reality TV and feature length movies. I had the world in the palm of my hands, hanging out with some of the coolest people in the business. I was making all the right moves. Then, bang! It all came crashing down.

When I really think, I regret doing certain things. I don’t regret meeting people or going places. When I say that I regret doing certain things, I mean I regret the poor decisions I made. That’s right: I made the decisions to do drugs, go places I shouldn’t, and even put myself around people I hated. All because I wanted to get high. I was a train wreck. I was my own worst enemy.

I got addicted to heroin in March of 2014. In January of 2016, I moved from the Boston area to Kentucky. I told myself that finally, I was going to fix my problems. For good.

Let me repeat that: I was going to fix my problems. I couldn’t even fix my hair, let alone fix my problems! Once I got to Kentucky, I went straight to a local drug dealer’s house—before even going to see my parents. Instead of heroin, I bought speed. I traded immediately, switching from one drug of choice to another. I went through the withdrawals of heroin with ease. Piece of cake? No, it was a piece of hell. I was now a local meth addict. Life did not get easier.

I was arrested five times in 2016. I spent short stints in jails around Kentucky. I rested my head in a jail cell on every holiday that year, and on my birthday, too.

When I got arrested on December 12, 2016 in Richmond, Kentucky, I was ready to die. I wanted to die. I was waiting to die. I wasn’t suicidal or anything like that, but I was just ready to escape Hell on Earth, and move into the real Hel I knew I was headed for. Might as well spend Christmas and New Year’s Eve in jail, too.

I had been on a two-week bender. I was sleeping with my eyes open, literally. My brain needed sleep, but my eyes couldn’t close. I shut out everyone, including family and friends. I only kept the people around that were “beneficial” to me. I was down to 145 pounds. I’m 6’2. You can picture the skeleton I was.

I bounced around to a couple jails, serving warrants, and laying out fines. I spent Christmas and New Year’s Eve at Three Forks Regional Jail. Part of me still wanted to use, and had planned on doing that as soon as I got out. That’s all I thought about.

I hadn’t been to church in years. I used to say, “The place would burn down if I go there.”

I denied God. I denied faith. I denied reality. I even made a mockery of the Bible.

One night, sitting in a jail in the “Hills of Eastern Kentucky,” I opened the Bible. I flipped randomly to the book of Proverbs. I started reading. The passage I read painted a picture of wrong and right. I was reading of the wisdom I had lacked. I flipped through the Bible some more, making my way to the book of Romans. When I got to Chapter 7, I remember that it said, “It is sin living in me doing the things I hate.”

At that moment, I felt like I was not alone. I knew that the presence I felt was God.

He said, “You are not alone. Walk with me and I’ll show you the way.”

From that moment, my life changed forever. I asked God to come into my life and never leave me. I blocked out everyone in that jail. It was just me and God. I wanted to prove to my family and friends that I could do this. I would not become a statistic.

A few weeks after getting out of jail with the help of my friend Jenell and my aunt Allison, I went to an inpatient rehab facility in Catlettsburg, Kentucky. There, I became hungry for more answers about God. I learned about recovery. While learning more about myself, life, and others, I realized that God was there all along. He wanted me to turn my mess into a message. I experienced life again. I had hope again—not only in myself, but in others as well.

I attended convocation, which is a monthly meeting of everyone at the recovery center, residents included. The CEO of the company prayed for me. (That’s right, even the CEO of this company cared that much.)

He said, “This young man has had his dreams shattered. If you want him to, he will get those dreams back.”

Again, I felt God’s presence. The deal was sealed. I would live for God, and help others find themselves, too.

I felt like I should share this story today. I have shared some of my experiences in the past, but not like this. I am not looking for sympathy, because there isn’t any needed. I just want each and every one of you struggling to know that there is hope. There are people who care, who you don’t even know yet.

I can tell you these truths: Everything happens for a reason. You make the decision to keep digging your grave, or the decision to climb out of that hole, and scream for help.

To my support system—as always—thank you. You guys are awesome. To my friends at the center where I found recovery, thank you for helping me find myself while I was busy finding God.

I will never be perfect, and I will never claim to be, but God has taken care of that, too.

If you or a loved one are in need of some major changes in your life—if you are sick and tired of being sick and tired—scream out for help. I’m living proof that there is life beyond addiction.