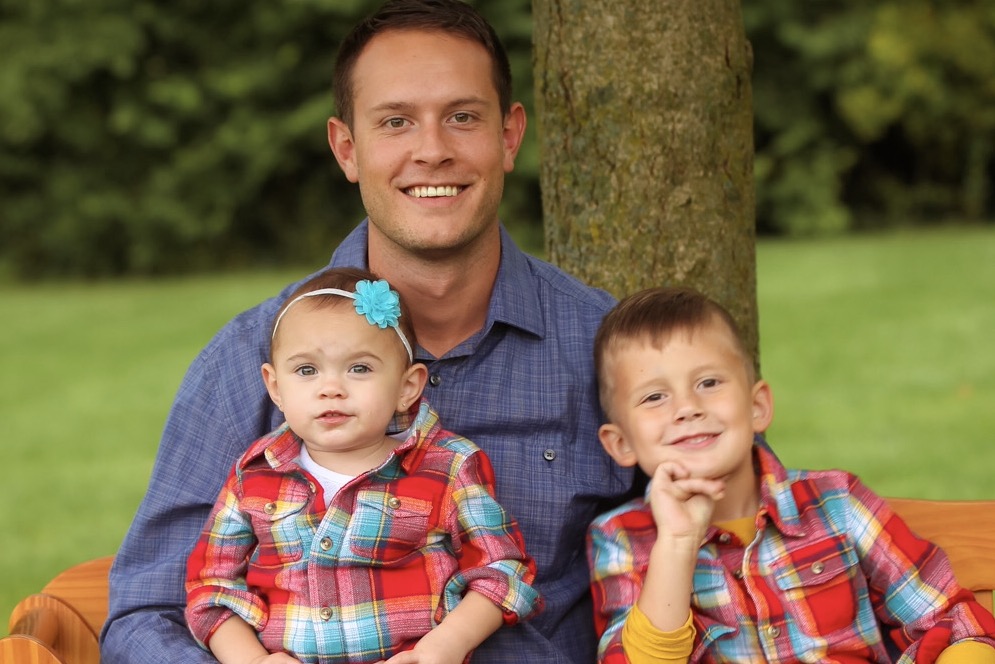 My name is Chris Reed and I am a person in long-term recovery who lives a life far beyond what I ever thought was possible. I got sober on September 20, 2009 when I was 19 years old.

I lived a normal childhood: good friends, excelled at sports, did well at school, great loving family, and had everything I could have ever needed. There was nothing that could have directly pointed me towards a life of addiction other than when I was offered my first drink I took it. I loved the effect produced with alcohol, I simply just felt okay. Worries, insecurities, and problems in general just seemed completely insignificant. Days after my first drink I was smoking weed, and days after that I was taking prescription pills. With everything that was tried, a similar effect was produced. I progressed quickly to daily opiate use, it blocked everything out and I just felt okay.

My opiate use became my only priority. Prescription drugs became harder to get and more and more expensive. I knew some guys who were doing heroin – and I knew at this point that heroin would do the same thing as the pills. I reached out, and a few hours later I was in front of my first bag. My daily use started by snorting it, but in about a month started using the needle. This went on for 2 years of which the amount of use went-up, the risky behaviors went-up, and the things I said I wouldn’t do went out the window. My parents kicked me out after turning 18, jails were a frequent place to visit, charges piled up, and the people I loved were leaving.

My use ultimately brought me to a place where life was becoming impossible. And in September of 2009, it entered a new level. I overdosed for the first time, which became the single most terrifying moment of my life. After being administered naloxone at an immediate care clinic, I woke up on the pavement struggling to catch my breath and panicked. Two days later my use resumed, and I overdosed again and again reversed by naloxone – this time waking up in an ambulance. Swearing I would never use again, I could not get myself to not want to use, even after knowing what would happen. I knew I had to use. Two days following the second overdose, I tried to commit suicide by intentionally overdosing. At this point in my life, there wasn’t any part of me that really wanted to die, I simply did not want to feel and live the way I was living. With every fiber of my being, I could not see a way to live with drugs and alcohol or live without drugs and alcohol, this just seemed easier. I was found that night, overdose reversed again – landing me a stay in the psychiatric unit. I feel lucky to have made it out of that week because today I live a life so full of love, purpose, hope, service, and gratitude that most days is truly hard to even comprehend.

I left the psych ward with a willingness to try something new after meeting with a friend of mine that had already found recovery. I began going to the program he was going to and found a group of people that had lived and felt the same way that I did. I was willing to do what they had done to stay sober and set aside everything that I knew about life and was beginning to follow a new path with new principles guiding my life. Being brought into this new way of life, remarkable things began to happen. I honestly felt that I found a family within this group of people unlike anything I had ever experienced and there was a strong group of guys that were guiding me in the right direction because they knew me better than I knew myself. I felt freedom from the obsessive thoughts that come with addiction and for the first time felt confident in my ability to live in recovery. From that moment, I don’t believe that looking back has ever been an option.

There is so much that goes into my recovery today that couldn’t possibly fit it into this short story. I ended up starting a construction company in my first year of sobriety, I leased a warehouse which ended up becoming this sober hang out for a large group of people in recovery. We would go there after meetings, hang out on the weekends, and we started having one sober party each month in which over 100 people would show up on a regular basis. We created our 501(c)3 non-profit which is called New Directions Addiction Recovery Services and we now run several programs within our organization. The construction warehouse has now fully been converted to The Other Side sober bar which is open Thursday – Sunday and holds recovery meeting throughout the week. The bar received national support, appeared in Jimmy Kimmel’s monolog, and was on the front page of major newspapers across the country. Our advocacy program, Wake The Nation, has trained most of the police departments and many community members to administer the life-saving drug Naloxone. In April 2016, our organization received a $600,000 donation to open-up sober living homes in our community and now we operate both a men’s and women’s recovery home. The organization is constantly placed in a position to serve the recovery community and has become the bright spot of my life.

Today I live a life in a way that I couldn’t have even dreamed possible. At 26 years-old, I have two beautiful children, own my own home, have a reliable vehicle, attained financial stability, am able to participate and show up for my family, be an employer – and most importantly serve those in my community. Today, I live freely with peace of mind and I owe everything I have to the process of recovery and a spiritual life. Anyone reading this – just know that recovery is possible and recovery is worth it. A life beyond your wildest dreams is out there for you if you work for it. Anyone can reach out to me through my Facebook or through our organization. I would be honored to be of service to you and your recovery in any way I can.