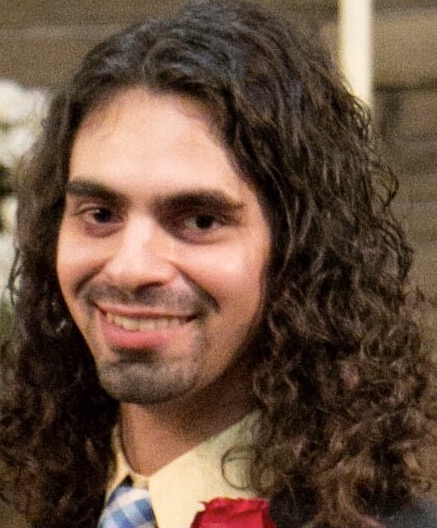 My son, Carlos Castellanos, died at age 23 from a drug overdose, just three weeks after walking me down the aisle at my wedding.

On that day, he was happy, healthy and loving life. He had a job and was expected to get a promotion the following month, loved his girlfriend dearly, and was planning to resume taking college courses. Carlos’ dream was to become an aerospace engineer and to work for a company that would enable him to be part of the Engineers Without Borders program so that he could help others. He was sensitive, humble, kind and loving. He was precious to all who knew him.

Carlos was smart and witty with a great sense of humor, musically gifted, perfectionist, always excelling; but he never felt like he was good enough. Those feelings of inadequacy are what drove him to start smoking marijuana at age 15. Very quickly though, he went looking for a “better high” and moved on to cocaine, heroin and other similar drugs. He suffered a grand mal seizure at age 18 from crystal meth and stopped drug use for a very short time. However, pressures that he imposed on himself led him to resume his drug use.

Carlos was in and out of rehab facilities and went through intensive outpatient care a few times, as well. His most successful clean period was for a period of 20 months, during which time he became very involved with helping others to get and stay clean. He volunteered at a local rehab and facilitated recovery sessions for other young people who were fighting to stay clean like he was.

After relapsing again, my son got and stayed clean for the last 10 months of his life. We will never know what caused him to use again – this time, with fatal consequences.

The drug that he took on December 23, 2016 was laced with fentanyl. What will I miss about Carlos? Everything. I will miss his smile, hugs, his “I love you Mom’s,” his joking around with me and teaching me how to use my IPhone 6. The photo albums that we will create as a family going forward will not be filled with pictures of our beautiful son and brother as our wedding album is now. We will never again hear his laughter, see him drumming, singing and playing the guitar or just goofing around with his cat, Simon. My husband, Mike and I will miss having Carlos outlive us – nothing any parent should ever have to endure.

How do we go on? How do we survive without the son, brother, friend who we lost to this terrible disease? For Mike and me, we have chosen to do what Carlos would have done had he lived. We tell his story – one of an amazing human who thought about others before he thought about himself. Who dreamed of a future without drugs, a future with hope and life and success and love.

So we share the story of who Carlos was and we preserve his memories by fighting when he cannot. We want everyone to know that drug addiction is a primary, chronic disease that alters who you are. It’s a disease that is often progressive and fatal. No one chooses to be addicted to drugs. We urge other parents to educate themselves about the signs and symptoms of addiction. We encourage them to get help for their loved one and for themselves. We fight to get laws enacted to help those who struggle with this disease so that they have full access to treatment and care.

Most of all, we rest in God’s embrace, knowing that Carlos is our angel and that we will be reunited with him one day.