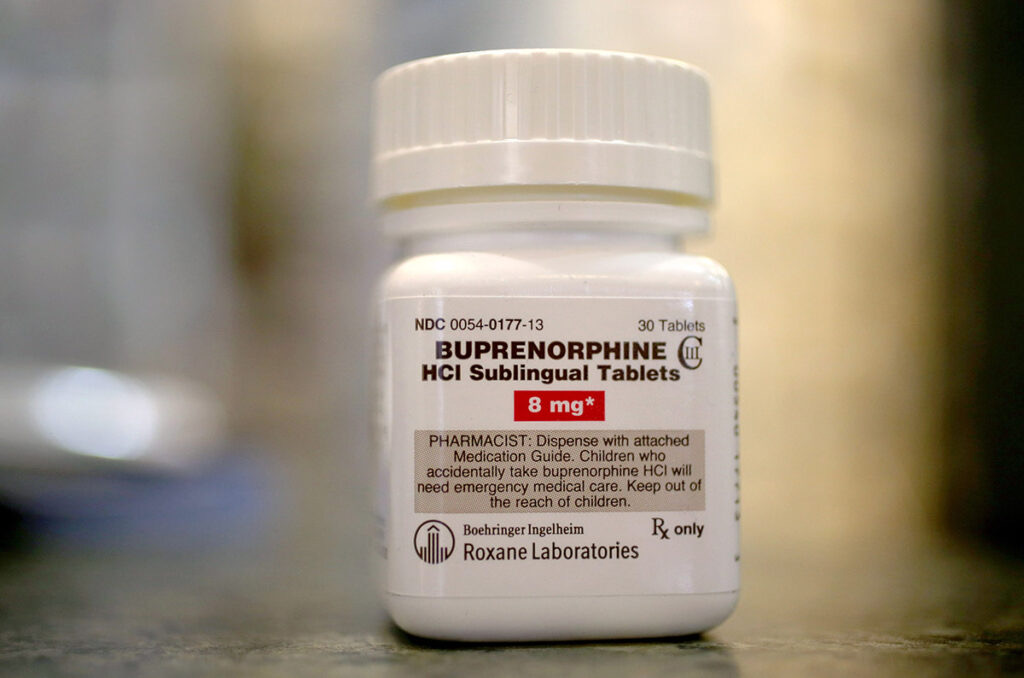 Researchers have long known that racial and ethnic minorities are less likely to be prescribed lifesaving addiction treatment options than white people.

But even when Black and Hispanic patients start a prescription for buprenorphine — the most popular medication to help those in recovery fight cravings — the typical duration of their treatment is shorter than that of white patients, according to a new data analysis published Wednesday in JAMA Psychiatry.

The analysis, which sorted through 15 years of prescription data by race and ethnicity, also revealed that the percentage of minority patients who remained on buprenorphine for more than 180 days — the minimum recommended duration — was significantly below that of white patients.

Racial and ethnic gaps in length of treatment have consistently widened, particularly in recent years, the researchers said. The divide reflects structural barriers — such as inconsistent employment or medical care — some groups face even after they begin working toward recovery.

The new analysis is part of an ongoing research project that aims to “dig into the granular data for really specific measures of effectiveness — like treatment duration — that could set the stage for eventually closing the gaps,” said Mohammad Jalali, an assistant professor at Harvard Medical School who co-wrote the paper with several colleagues.

Medication-assisted treatment for opioid use disorder has been a subject of debate in the United States because drugs like buprenorphine (also known by the brand name Suboxone) and methadone are also opioids. Some officials worry that the approach encourages drug use.

Researchers say the medications, which don’t produce a high at prescribed doses, are vital to satisfying cravings and reducing withdrawal symptoms as patients seek to recover from addiction. The medicines have been shown to reduce the mortality rate among people addicted to opioids by at least half.

The duration of treatment is a helpful measure of a patient’s quality of care, the study’s authors said, because longer treatments — particularly those that last more than six months — are associated with better long-term clinical outcomes.

But many available research findings on addiction and treatment use data that combine racial and ethnic groups, “a chronic problem in the literature,” Dr. Jalali said.

“If you just look at aggregated data, you’re going to miss stuff,” he added.

In an effort to develop analysis that looked at buprenorphine treatment over time across these groups, the researchers used the long-term prescription data from IQVIA, a health information technology company, to study a random sample of 11 million buprenorphine prescriptions filled between January 2006 and December 2020.

They quickly found that the differences between the demographics of patients with access to buprenorphine were stark: About 8.1 percent of the patients were Black, 6.3 percent were Hispanic and 84.1 percent were white. (About 1.5 percent were other races and ethnicities.)

“We shouldn’t be surprised,” said Dr. Ayana Jordan, an associate professor of psychiatry at N.Y.U. Grossman School of Medicine who studies race and addiction. She was not involved in the study but reviewed the analysis for The New York Times.

Thanks to more than a decade of public messaging around the opioid crisis that had a “myopic focus” on working class white people, she said, “these groups had no idea they were part of the opioid crisis, nor did they realize buprenorphine was a treatment for them.”

Minority patients who had gained access to the medication were also less likely to keep refilling. When researchers analyzed the median length of time that various groups stayed on buprenorphine prescriptions, they found that the typical duration for white patients had been climbing since 2017, but had consistently decreased among Black patients since 2014 and Hispanic patients since 2009.

When researchers mapped the proportion of treatment episodes that lasted at least six months in each group, they discovered another gap: Starting in 2011, all racial groups were experiencing an increase in the percentage until 2016, when the percentage among Black patients reversed.

The researchers struggled to give explanations for those pivot points in interviews, saying that it would require speculation or “a carefully controlled analysis, which clearly goes beyond this short descriptive analysis,” said Huiru Dong, a co-author and postdoctoral research associate at Harvard Medical School.

Outside researchers, however, were happy to hypothesize. For example, Medicaid expanded in 2014, and access to buprenorphine disproportionately increased in ZIP codes with higher percentages of white residents, according to Dr. Bradley Stein, the director of the RAND Opioid Policy Center and a senior physician policy researcher at the RAND Corporation.

Dr. Jordan, the addiction researcher at N.Y.U., attributed racial disparities in treatment duration to an array of factors, including physician bias and even buprenorphine marketing strategies.

Optimal length of buprenorphine treatment is a source of “very lively, active debate” among clinicians and researchers, said Erin Stringfellow, one of the study’s co-authors. Some urge patients to eventually wean off the opioid, but others believe it is best to continue a medication-assisted treatment plan indefinitely.

Still, the minimum recommended duration for buprenorphine treatment is six months, so all experts agreed: The treatment figures for all groups in 2020, the most recent available year, were far too low.

For white patients, the median treatment duration was about 53 days; for Black patients, about 44 days; and for Hispanic patients, less than 40.

“There’s no debate here. Fifty days is not long enough for anyone,” Dr. Stringfellow said.

The study’s authors noted that the population coverage of the data source had increased over time, but that it was “very unlikely” that the shift had impacted the algorithm that revealed disparities, Dr. Jalali said. They acknowledged the analysis had a few key limitations, including how a prescription does not perfectly represent actual medication use.

But the findings “really do move the literature forward,” said Dr. Stein of the RAND Corporation, because “they come right out, and they say, ‘Listen, buprenorphine is one of the most effective treatment options we have.’ We can’t have minorities walking across that threshold for treatment, against all odds, and then not staying as long.”

“Bottom line, these types of disparities are likely going to translate into worse clinical outcomes,” he added. “That matters.”

A version of this article appears in print on Nov. 10, 2022, Section A, Page 16 of the New York Times with the headline: For Blacks and Hispanics, Treatment for Opioids Is Shorter, Study Finds.