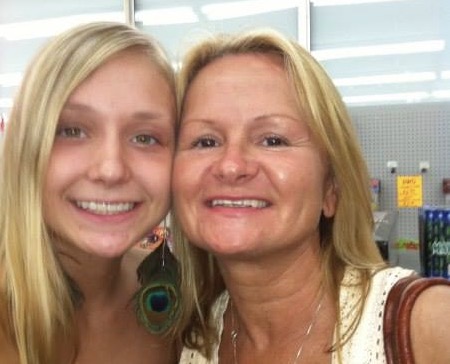 I’m the mother of Jenny Rose. A young, beautiful girl who lost her life to heroin overdose.

Jenny Rose’s addiction effected our relationship as a mother and daughter. It effected my marriage with countless arguments and sleepless nights. We, as parents, have now fallen victim to heroin. It took the life of our only child.

Jenny Rose died from an accidental heroin overdose on May 9th 2014. It was a Friday and she was celebrating her 20th birthday with “friends.” That’s right – Jenny died on her birthday. We were waiting for Jenny to stop home, like she said she’d do – but instead she went to get drugs with her 2 friends and went to a KFC bathroom where she would take her last breath.

Since Jenny had been clean for over 60 days (30 days at rehab, 30 days at a halfway house in Florida), the amount of heroin she used in that bathroom at KFC was too much for her body. When she overdosed, her “friends” ran out from the bathroom – leaving my daughter unconscious and unresponsive. My daughter died from that overdose.

Jenny unfortunately came back home near West Chester, Pennsylvania too soon from her treatment. And she came home from treatment only because her lawyer wanted her to close her court case.

We, her parents, were telling the lawyer, “don’t bring her home yet, she’s not ready.” Something is seriously wrong with our current system – it doesn’t take care of nor care about people struggling with addiction.

Today, my family lives day-by-day. But our dreams, our future as a family has been completely destroyed. So many people tried to help Jenny, but in the end she wasn’t ready to cut her treatment short – and it killed her.

Our lives will never be the same. I hate this disease and heroin is the devil.