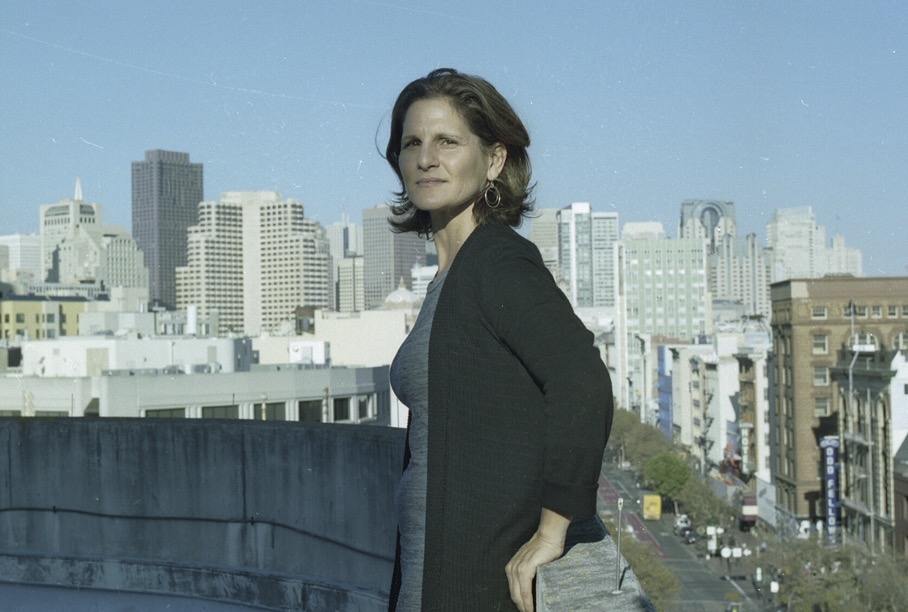 I am open about my life in recovery. I will not be silenced, shamed, or invisible: I have a disease. And I battled my addiction alone for years. I didn’t have role models, doctors, friends, or colleagues who showed me how they had struggled with addiction and succeeded to find paths back to wellness. I would like to believe if I’d had models of open recovery when I was struggling, perhaps I would have found help sooner. This is one of the reasons I am open today.

But recovery has been a journey. And I understand now that it’s one worth sharing.

I started drinking and smoking as a teenager, after my brother died suddenly. That didn’t make me a burnout, party-girl, druggie, addict, alcoholic, or stoner. I was just me, seeking some relief, some connection.

Soon after he died, my parents divorced, my other sibling left for boarding school and my father moved out of the country.

“You are a survivor.” I was told. “You’ll be fine,” they reassured me. I internalized the losses and came to believe that all their departures – the death, divorce, moving away – surely meant I was not worth anyone sticking around. Grief and aching emptiness became the weight that slowly dragged me down.

I discovered drinking and drugging buoyed me up – at least temporarily. And while I spent a great deal of my teenage years partying, I rationalized it with good grades, team sports, and leadership positions. These things were proof (at least to the outside world), that my life was on track and I was doing just fine.

In college, I learned that most people who drink don’t end up in a blackout. I had assumed that was part of the neutralizing effect we were all seeking, from the first sip. When I was drinking, I had a hunch that I might have a different relationship with substances than some of my peers – but using was a social norm and I fit right in.

My favorite “cocktail” at the time was alcohol, drugs, and men. I couldn’t imagine one without the other or a night without any. But then I fell in love. She was the girl next door. I bathed in her warmth and caring and hoped that exploring our sexual attraction was next. Truth was, I didn’t know how not to sexualize intimacy, and she was straight and had a boyfriend. While I ached for more contact with her, I slept with guys and drank too much to make it seem like my needs were met.

Later in college, I had the opportunity to study abroad. The turmoil of the region and the seemingly aggressive nature of the people over there were oddly compelling to me. For the first time, I felt like the world’s tensions and my internal discord were aligned. No need to cover anything up. I fit in. Yet the using continued. It was just what we all did.

By senior year, back to New York, the dull ache of loneliness resumed. Drinking escalated and periodic fantasies of suicide became my secret escape. One night, as if in a dress rehearsal for my own death, I closed my eyes and imagined taking my last breath and at that very moment it occurred to me that I still wanted to travel to Africa. That was my first “geographic” – assuming “it” (and I) would be different somewhere else.

A new vision of my future emerged – adventure – uncharted landscapes, new possibilities. After graduation and a year of work, I packed up my stuff, sold my car, donned a backpack, and flew over to Africa. I was looking for meaning, connection, grounding, purpose, and peace. That seeking lasted another 15 years.

During that time-period, I traveled to foreign lands, lived abroad, married, had children, worked, came back to the States, earned a second degree, and set up a home within a community. My family began to put down roots. Drinking continued to be my fuel and refuge. But by 40, it all stopped working.

I began to feel depressed and a bit insane. I wanted to be healthy and happy but couldn’t stop using and wouldn’t ask for help. So, I divorced, moved, got into better shape, dated, changed jobs, and cut out sugar and flour. I blamed food for my volatility. Yet, the insanity was I couldn’t cut out the drinking.

I’m told most of us hit bottom before seeking change. This was what happened for me. It was not the end of my marriage that brought me to recovery, but rather the end of my sense of sanity and the loss of my belief in myself.

Addiction is isolating, insanity-making, debilitating, and goes largely untreated due to stigma, ignorance, and shame. Addiction is not a choice, moral failing, or sign of weakness. Yet, due to the stigma and subsequent discrimination, only 1 in 10 people with addiction will get help this year.

While the loss and pain of my youth did not make an addict, it did compel me to seek relief from unbearable pain. Yet, it was the stigma and shame associated with addiction that caused even greater suffering and kept me silent for decades, when I really needed help. 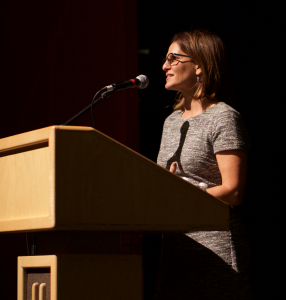 Today I lead a nonprofit called Center for Open Recovery. We are an organization leading the charge to end the stigma of addiction by empowering people in recovery to step out of the shadows of shame, shift the public’s understanding about outcomes, and help tackle the addiction health crisis we face in our country today.

Through bold initiatives in media education, advocacy, and community experiences, Center for Open Recovery is mobilizing a social justice movement and a paradigm shift. We call it Open Recovery as a challenge to the stigma of addiction. Open Recovery inspires, supports, and demands change in the ways we respond to addiction.…recovery.

This is why I am using my voice today. I am a woman in recovery. A mother. A woman who has found peace and health and hope. I know healing is possible and addiction can be beat. My life is proof. I believe with all my heart it is time to end shame and open up about recovery.