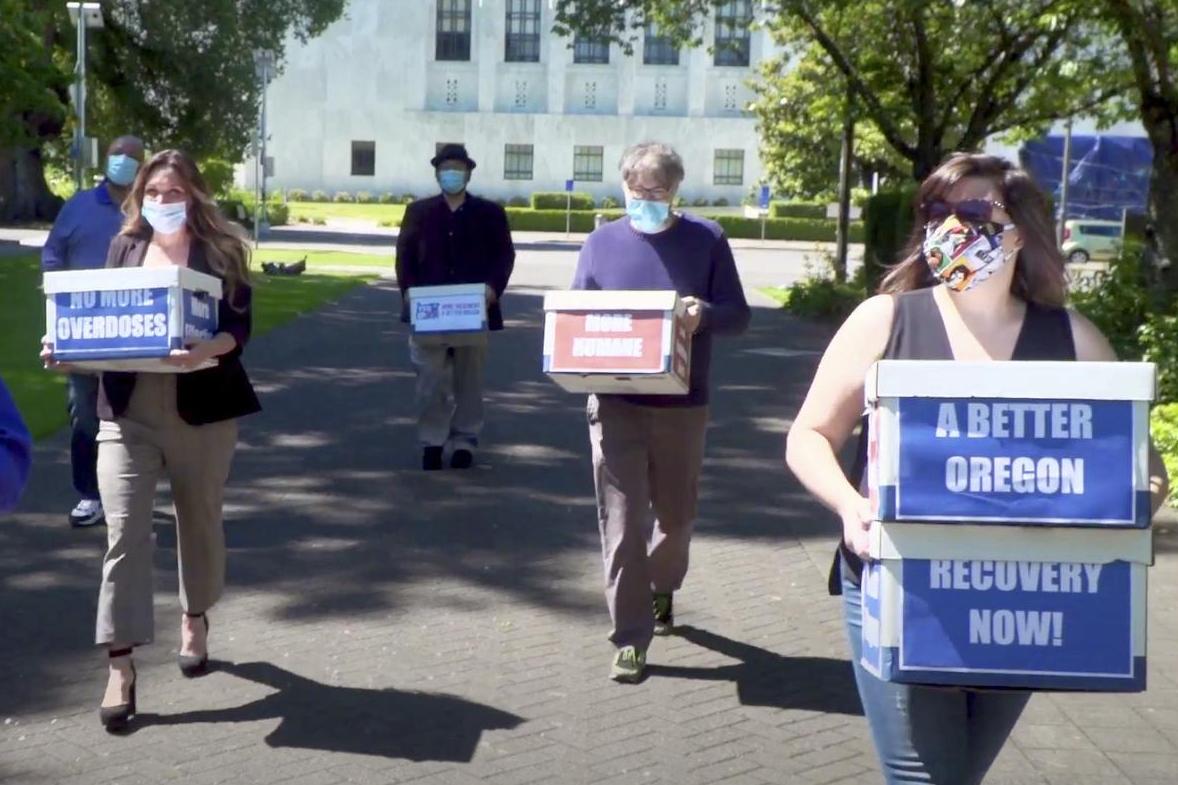 Oregon will become the first state to decriminalize possession of small amounts of drugs, including heroin and cocaine.

“I think Oregonians made it clear that they support a more humane, effective approach to drug addiction,” Anthony Johnson, one of the measure’s chief petitioners, said Tuesday night. “We took a huge step for funding more treatment and recovery services, and for ending racist drug war policies.”

Proponents said drug addiction is currently treated as a crime, not as a health disorder. With the removal of punishments for nonviolent drug offenses and better access to recovery services, they maintain individuals would have a better chance of getting their lives back on track.

Opponents said the measure goes too far, contending it would support drug use habits and lead to more people using illegal substances — particularly youth — and could result in additional overdose deaths.

With the measure’s passage, Oregon will be the first state to eliminate criminal penalties — currently classified as misdemeanors — for the possession of small quantities of specific drugs by both adults and juveniles.

Instead, individuals would receive $100 fines, which could be waived if the person receiving them is assessed at a recovery center.

“It’s clear that the current approach of arresting and jailing people for their drug addiction has failed, and that people realized that Measure 110 was ultimately about people, not drugs,” Johnson said Tuesday night.

The following are the substance possession amounts that would result in fines for both adults and juveniles:

There would be no change to the criminal code for delivery, manufacture and other commercial drug offenses.

The measure also calls on the Oregon Health Authority to establish or expand Addiction Recovery Centers — or support existing centers — by reallocating millions of dollars from marijuana tax revenue.

The centers would be designed to provide free screening, treatment and referral services to drug users.

Funds also would be used to expand services including evidence-based and trauma-informed treatment; peer support so that people are encouraged to stay sober; housing for individuals with substance use disorder; and overdose prevention education and access to naloxone hydrochloride, according to the Oregon Secretary of State’s office.

And the measure directs OHA to redistribute marijuana tax revenue above $45 million per year to funding for drug treatment and recovery services, subsequently decreasing funding to other state programs.

Oregon received more than $102 million in marijuana tax revenue in 2019. The funds are currently distributed to programs such as the state school fund, Oregon State Police, mental health, alcohol and drug treatment services, and local governments.

The redirected funds would go into the Drug Treatment and Recovery Services Fund managed by OHA.

The Oregon Secretary of State would audit the fund biennially.

More Treatment for a Better Oregon: Yes on 110 has received more than $3.5 million in cash and in-kind contributions, according to campaign finance records.

The No on Measure 110 campaign has received $22,640 in cash and in-kind contributions, according to campaign finance records.

Jim O’Rourke, a campaign coordinator for Vote No On Measure 110! and Portland-based criminal defense attorney, loaned $125,000 to the campaign.