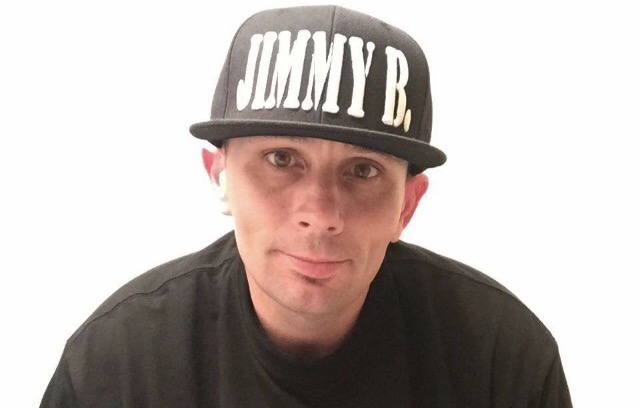 About ten years ago, I thought I was destined to die an alcoholic and drug addict; and I was ok with that. In fact, I was proud of how much I could drink. Then I found meth and lived in a drug-induced psychosis; I was the center of attention and the life of the party. Or so I thought.

My story begins when I was just about 13 years old. It was around this time that I was on a trip to visit my father (I was raised by my mother, and my dad was never really a part of my life due to his own demons; he died at 46 from cirrhosis of the liver caused by alcoholism). During that trip, I witnessed something tragic, something a kid that age should never have to see: I saw someone violently lose their life. Seeing that happen changed something in me, made me feel different from other kids- like I didn’t fit in anymore. I was already very shy and timid growing up and now I felt even further removed. I have always been a big guy and overweight, which made for plenty of years in school when I got picked on and bullied. All of this together- witnessing tragedy first hand at a young age, feeling abandoned by my father, being bullied and picked on- it’s easy to see why I turned to drugs and alcohol to cope.

So when I got home, I started smoking marijuana. Getting high helped me handle all the emotional stuff I was dealing with and quieted what was going on in my mind.

Then, at 16, I started drinking. Alcohol was perfect for me because it took away my fear of fitting in and made be feel like people liked me. I made friends more easily and I was able to ignore all the emotional turmoil caused by things I carried with me from childhood. Of course, I didn’t realize any of this at the time, but looking back it all makes perfect sense.

I drank anything and everything; if it had alcohol, I would drink it. I still smoked marijuana, and then got into harder drugs: cocaine, ecstasy, mushrooms, acid, meth, crack. I would try anything that would alter my mind or get me high.

The two substances that brought me to rock bottom were alcohol and meth. They had a hold of me. Meth gripped my mind and completely shattered it; I became a drug-induced schizophrenic. I heard voices and I believed they were real. I thought I could communicate with just my mind, I thought I could hear you speak to me in my mind. I made up scenarios and false realties that played out in my head.

What I’m about to tell you is the truth, and you may laugh; it is funny looking back, but at the time it was real and very serious. See, I was so far gone in my schizophrenic state that I thought I was on a hidden camera reality TV show on MTV that was broadcast live for everyone to watch (like the Truman Show). I thought I could hear all my friends commenting on my show and laughing and having a good ol’ time watching me in everyday life. I truly believed it was real; it was my reality. I thought all my family and friends were in on it and that all kinds of celebrities were watching too. I even thought there was a catch to my show: if I made it through to the end without anyone telling me about it, I would win a million dollars and a record contract from rap artist E-40. I know, it sounds crazy and I’m sure you giggled a little bit reading about it. But that’s how jacked up the drugs had me.

So that was my life: I couldn’t go a day without drinking or using, though I did try to get clean and sober. I was in and out of rehab programs and 12-Step meetings; I would make it close to getting 60 days but I always failed and went right back out. I was having thoughts of suicide and I just wanted everything to end. I still thought my life was some show. I was done I wanted to die. Then rock bottom came.

I had just relapsed again and the voices in my head were telling me that a drink would quiet them. I just wanted them to shut up so I got a drink, then another, then a pint of whiskey. Then I hopped in my car and went to a bar had a few more cocktails. When I was driving home I was debating between going a 100 mph into another vehicle to kill myself or stop “the show” to prove to them that I was serious about dying. I was filled with guilt, shame, remorse, hopelessness, self-pity; I was demoralized completely. But, somehow, I managed to muster up a “help me” prayer… and my car came to a stop at a 12-Step meeting. I had been to many before, but never this desperate. I raised my hand, drunk and in tears, and said, “My name is Jimmy and I’m an Alcoholic and I need help. I don’t know how to stay clean and sober. I need help!!”

Looking back on all the drunk decisions I’ve made, that was by far the best decision I ever made in my life. I met my sponsor that day and committed to fighting the disease of addiction. I can proudly say that as of right now, I am winning!

I haven’t had a drink or used any mind-altering substances since June 13, 2007 and my life today is more beautiful than anything I could have ever imagined. I had to get honest with myself and learn how to be vulnerable and express my feelings and secrets to another person and was able to do so through my faith in a power greater than myself. The belief in that power has transformed my life completely.

Today, I am very active in recovery and will go out of my way to try to help the still suffering alcoholic/addict. I have helped quite a few people who now walk with me on this journey, and I will continue to do so; it’s a small price to pay for the life that I get to live. I’ve also taken it a step further: in 2013 I started recording rap music independently. I have no intention on being a rap star but instead want simply to put my story out there through music with the hopes that it will catch someone’s ear who needs to hear the message and ultimately inspire change. I am currently working on my 3rd album entitled “Progression”. It’s a fitting title: my eyes are fixed on the future and I will continue to make progress.

If you read this and you’re struggling, don’t hesitate to reach out. I’m easy to find on social media and I’ll do what I can to lead you in the right direction.