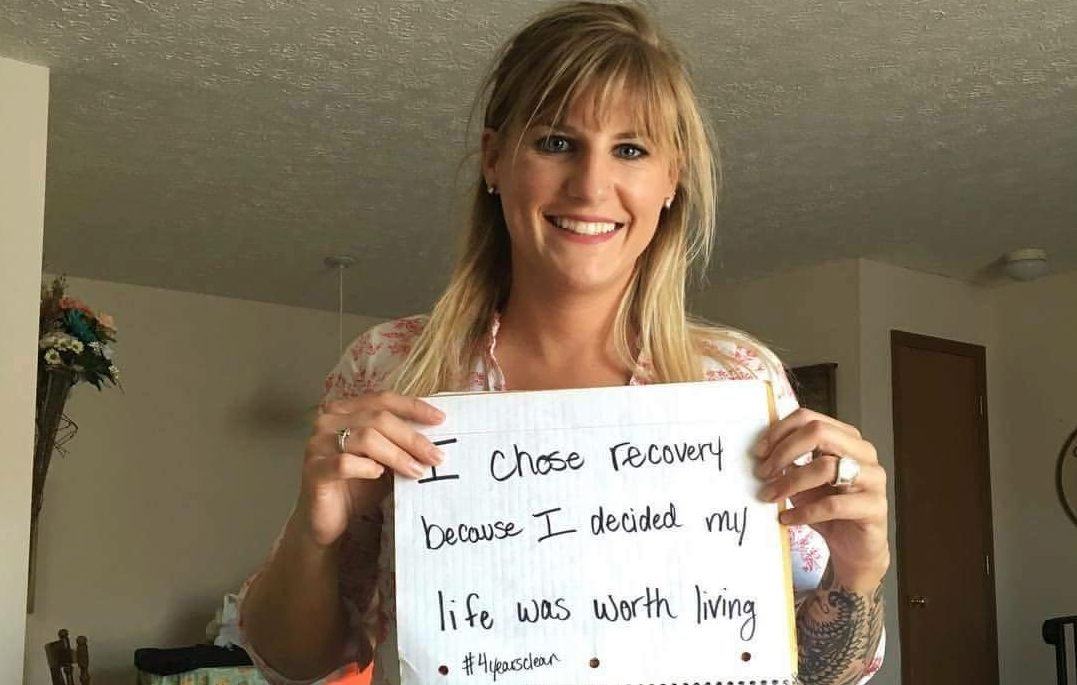 I wasn’t introduced to drugs or alcohol until I was 18 and in college, but I knew from the first time I took a drink, that I was doing it differently than everyone else.  While everyone else would stop after 1 or 2, I wasn’t stopping until 10 or 15.  Back then, I just thought I was really good at partying.

Time passed, I got married young, and moved far away from home.  About a year into that marriage, things started to go downhill, and the relationship became abusive.  I didn’t know where to turn for help, so I turned to the bottle because I felt like life was easier to deal with when reality was distorted by substance.  As my marriage deteriorated, I felt more isolated, and began using more than just alcohol.  I began to use more frequently, and in larger quantities.  The cravings got bad, and withdraws were even worse.

In just 4 short years, I began having residual health problems as a result of my alcohol and drug use like a bleeding stomach and esophageal ulcers, and tachycardia.  The doctors kept telling me I needed to stop using, but that was never enough to make me want to stop.  I needed the drugs to deal with life on life’s terms.   I made several attempts at going to meetings, and seeking help; even went to a couple of treatment centers – one of which I convinced that I was not an addict, so they released me.  But I never stayed clean, because I never put the work into it.

Finally, the marriage ended. I moved back to my home state, and at my family’s insistence, I cleaned up and stopped drinking and using for about a year…. white knuckle sobriety is what that was, and clean and crazy is what I became.  My BIG relapse began with a single glass of wine as a solution for depression and nightmares.  Within 2 weeks of that 1 glass of wine, I had resorted to illegal activity to finance my habits – often drinking a gallon or more of hard liquor each day, and snorting all kinds of pills.

I lost my fancy corporate office job, my car, my friends, and got evicted.  I was completely delusional, and had woven myself into webs of lies with everyone I knew.   I wound up spending a couple of nights at a former co-worker’s house.  On the 2nd day at her house, all hell broke loose.  I drank a 5th of whiskey that morning, and then blacked out.  The last thing I remember after killing that 5th is tipping up a bottle of wine, and chugging it down until it was empty, then swallowing a handful of pills.  I’m told (because I don’t remember) that after that, I put a loaded shotgun to my head and pulled the trigger.  The gun did not go off.  The people at the house called the cops , and I was promptly taken to the ER in handcuffs.

When I woke up, I had no idea where I was or what had happened.  A doctor stopped by the room at one point and said to me, “Young lady, I have no medical reason why you should be alive.  That information didn’t really sink in at that moment.  I got up and went to the bathroom, and to my horror, when I looked in the mirror, I did not recognize the person that was staring back at me.  She looked like the kind of cracked out freaks that are in those pictures of homeless drug whores.  But that is what I had become.  After that, I went back to my hospital bed, and the nurse explained that they wanted to admit me to the psych unit there.

That night, I was lying in bed crying.  I didn’t want to die, but living had become too painful.  In desperation, I cried out, “GOD! If you exist, I need to know, because I’m not sure I believe you do”.  I turned over to sob into my pillow, and moments later, one of the nurses came in and started rubbing my back. I assumed she must have heard my sobs, and laid there without resistance while she rubbed my back.  I’m not sure how long she did so, but finally, I turned over to thank her, but there was no one there.  Call it a hallucination that was part of withdrawal, call it a spiritual experience, but to me, that was a wake-up call.

A few days later, got released from the psych ward, and went to the store and bought a bottle.  When that bottle was empty, though, I had enough clarity to realize that I needed help or I was going to die, so I checked myself in to a local treatment center, and this time, it was for real.

That was September 4, 2012.  I spent my 24th birthday there, and was inpatient for a total of 22 days.  I was willing to try anything at that point, so I started taking suggestions that were given to me.  I started reading the literature, working steps, attending and participating in meetings, and talking to my sponsor every day.  I actually remained accountable.

Once I got out of treatment, I found a job where they didn’t do background checks, and started working in a little office on the east end of town.  For the next year, my life was work, meetings, sleep, repeat.  I stuck close to the program, and worked hard at rebuilding relationships with family and cleaning the wreckage I had left in my path of using.

The day before I celebrated my 1 year anniversary, I started work at my current job, and little by little started climbing the ladder.  To my surprise, I was a really good employee (probably because I was clean), and I was able to move up in a relatively short period of time.

Today, I enjoy my career as a corporate trainer, and I get to travel all around the country for my job.  As I furthered my journey in recovery, I began to find that I was able to build a life that I actually enjoy living.

Recovery never offered me financial stability, mended relationships, or a successful career (although I did gain many of those things as a result of being clean).  What it did offer me was a chance to live, tools to deal with life in the moment, a support group that is present pretty much anywhere I go, and the opportunity to enjoy life in a way that is beyond anything I ever thought I wanted.

Recovery gave me the freedom to be myself, and to learn that my past does not have to define who I am today.  Today I am a successful member of corporate America, and I am addict living in recovery.