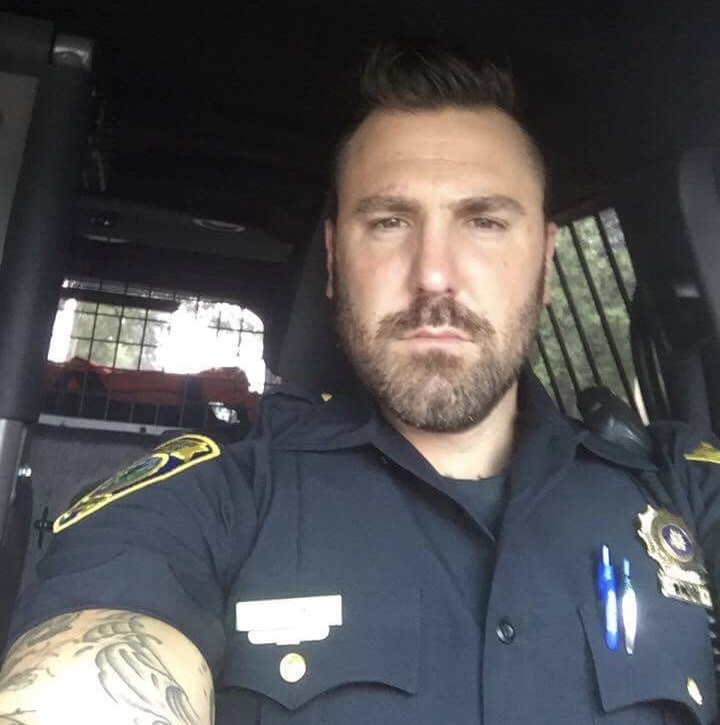 My name is Steve. I’ve been a police officer for 19 years and a narcotics detective for the past 10 years. My job like many of you know is high risk, high stress. I worked undercover making drug buys, utilizing informants and conducting raids on residences.

Early on in my career, I was involved in a shooting where a fellow officer accidentally shot at me during a foot pursuit but thankfully missed (the bullet actually went right through my jacket). Also around the same time, I was intentionally struck by a suspect vehicle during a vehicle pursuit causing a severe back injury.  Of course with such an injury I needed surgery. After getting that surgery I was prescribed large amount of narcotic pain medication.

Now I never really knew how powerful the medication was, only from what I heard from people that worked for me (arrestees, informants, etc). I learned the hard way. I was taking this medication everyday and realized when it was gone I felt sick. Unfortunately, I was stuck. I developed a large habit and hid it from my family and people at work.

After being on narcotic opioid medication for about 3 years, I decided enough was enough and went to my work and admitted I had a problem I could no longer hide. I was sent to a rehab facility for detox. My first day there the nurse taking my blood samples said, “make sure you DO NOT tell the patients here what you do for a living!”  So I lied again – telling everyone I was an electrician. During my five day stay there, I was given Suboxone and then let go with just my willpower to get by. I mean I don’t drink, I don’t smoke. How could this happen? I’m a narcotics cop, this isn’t supposed to happen.

After about a month away from work, I went back. My supervisor put me right back into narcotics work where I was running the show. I was floored that I was placed back into that line of work after coming forward with my problem. I thought it was a little reckless – but I didn’t want to let anyone down.

I was clean for 2 years. Then all hell broke loose. I was stressed due to all of the pressure put on me to make cases and seize assets to help my police department. It all fell on my shoulders. Also during that time, the pressure got too intense. My wife and I began having problems and separated. I was devastated.

So, I relapsed. I began taking opioids again but was not getting it prescribed like before. So, like any good addict I graduated to heroin. Never in my wildest dreams would I believe that I would stoop so low, but I did. The guilt was immeasurable! I couldn’t go to my work and admit that. I couldn’t face my wife and kids. And I couldn’t tell my father. I was stuck and didn’t even see it coming.

A good friend at work who knew my past recognized my behavior and forced me to get help. I told him “I’m good” and “I got this” but I didn’t. I was spiraling out of control and had no where to turn. So I accepted the help.

I went to detox once again.  I told the staff at the facility that I needed and wanted a fast taper off Suboxone and they obliged. I spent this past Easter at the facility away from my kids and family. I got out the day after and tapered down off Suboxone myself and haven’t looked back.

I’m clean today and I’m done hiding in the shadows.

After finally speaking to a good therapist, I was diagnosed with PTSD due to all the crazy things I have seen and witnessed in my career.

As I write this, I am 7 days clean and feel great. I have a newly formed respect for opioids and I know I am powerless. No matter what I can’t go back. They have taken a lot from me.

I am happy to say my wife and I are patching things up and she’s been great. I have a great support system in place and I thank God everyday.

I don’t know what the future holds with my job but I am a lot happier now.

My story goes to show that addiction does not discriminate at all.  I wish all of you luck and please be strong!