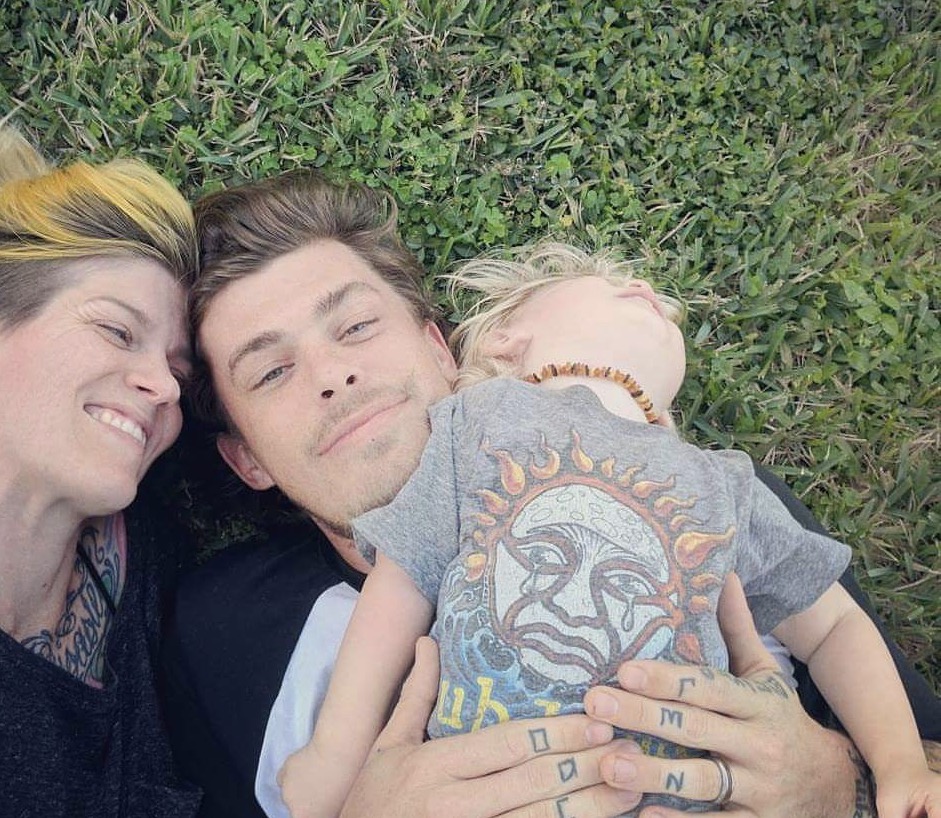 I still remember the first time I ever felt truly free. I was 16, going to the South Florida Fair in my friend Chris’ busted down broham. We were listening to OutKast’s Aquemini and he handed me a blunt. As I smoked, all the worry and concern I had experienced my entire life washed away.

When we stepped out of the car, I remember the lights and whirring sounds of the rides. They created a dreamscape of joy. For the first time in my life I was free. No feeling of constant dread, no concern for inevitable impending doom, no cause for alarm at what others must be thinking about the awkward teenager I had become. My anger and frustration of feeling isolated and alone had been wiped away by a hip-hop album and weed.

That’s the last vivid memory I can recall from back then. All the rest has slipped away into the void of my life. I spent the next 10 years chasing that feeling of joy and hope. Spoiler alert: I never found it.

As time moved on, I found that alcohol, cocaine, and pills provided a more effective escape from the reality I had come to despise. It provided a vehicle for me to contain the rage and hate I had begun to develop regarding not only the person I was, but the world around me. Most of my substance use was justified – in my mind – by my life experience. I was raised on outlaw country songs about cocaine, whiskey, broken hearts, and bloody knuckles. My father was an alcoholic and I had been in psychiatrists’ offices since I was seven. I believed I was just living up to what I was supposed to be.

By 21, I was homeless and stealing booze from the outside tables on the Ave. in downtown Lake Worth. By the end, I found myself drinking hot Steel Reserve behind a dumpster in L-Dub, scrambling to find pills however I had to. It was my last day drinking behind that Lake Worth dumpster. It would prove to be the catalyst for a life worth living. It would catapult me to commit the most shocking act of rebellion I would ever commit: recovery.

I had left my beautiful dumpster home for a halfway house with a leaky pool, a handful of street kids for residents, and a high affinity for a certain blue book and AA meetings. I hated AA and the people in its meetings even more, but as a condition of me not becoming a full-time parking lot camper again, I was forced to try the 12 Steps. I failed. A lot. These guys just kept taking me back in, though. My sponsor James had this strange love for me and just patiently held my hand through the process.

Within two months, I had completed my Steps and felt something I hadn’t felt since ah ha hush that fuss blared in my head. I felt joy. I found freedom, peace, love and hope. I was repairing relationships: the important ones too, not just with my one stripper ex-girlfriend. My life had meaning. I had found a purpose that became an obsession. I had to help as many kids like me as I could. It wasn’t just a requirement to remain free. I loved doing it. Every kid I saw whose fire for life was rekindled like mine made me relive my joy.

My purpose-turned-obsession led me to reconnect with an old mistress: rebellion. I began to work in the treatment industry, and came to find out that not everyone had an addict’s best interest in mind. I believed then (as I still do today) that addicts and substance users are my people. My job is to protect them wherever possible. It’s one of the only things in life I take seriously – that, Boy Meets World, and pro wrestling. I began to identify those I believed would harm my people, and I rebelled.

Through sheer volume of voice and perseverance, I began to develop a reputation in Palm Beach County. I made it very clear where I stood on those who would prey on my people. Eventually, I was asked to join the State Attorney Taskforce, which was intended to end patient brokering in Florida. I shed light on the worst business practices in my field. I went against the tradition of always being polite. I refused to give predators any respect or credence. Why should I? This was a life and death disease. Someone else’s greed could cost an addict his life.

I also joined a county heroin taskforce. This group had been created to find solutions to the epidemic plaguing my area. I had begun to develop some extreme ideas on how to help people using a by-any-means-necessary approach. I turned to some friends to start a nonprofit to help with this work, and Robert Riley, Chad Sabora, and I started Rebel Recovery. Aptly named.

We worked to fill needs in the community the government wouldn’t. Underground syringe exchange, Naloxone distribution, education, and legislative action. In South Florida, we were the first group to bring Naloxone into the private treatment industry. Rebel Recovery Florida began peer recovery support services program for overdose victims in hospitals, partnering with the sheriff’s office, fire and rescue, healthcare district, a major hospital, and public treatment providers. Rebel Recovery offers services to any individual with a substance abuse issue. In South Florida, active addicts are second class if they don’t want to get clean. I reject that idea. I’m willing to fight to be sure everyone who needs help has access to it.

Almost eight years later, I’ve stopped recognizing who I used to be. I rekindled a relationship that I had long believed lost with a woman named Allegra. Spoiler alert: she married me. (Sucker.) I began a relationship built on honesty, love, and devotion. She became fuel for my fire for life and provides me with a love I can’t honestly say I ever believed I deserved. She is my absolute heart.

We went on to combine our magical love forces to produce a small human, who I’m convinced is a half wolf hybrid. I’m a daddy. Our son is named Kaleo Lawless. Everything I’ve ever done in life is small and inconsequential to the fact that I can show up for my son and wife. They never question where I’m at or if I’m coming home. They have yet to bail me out of jail, or pick me up from a baker act. I have never “lost” our rent money, or stolen precious moments of time from them. Now, instead of a hot can of malt liquor behind dumpster, my world is full of love. My world is my family.

I found my freedom. Through rebellion, love, passion, advocacy, and a little bit of stubbornness. I found the joy and purpose I had searched so long for. I am free: I am recovered. When your chance comes, do what I did. Rebel. With everything you have: rebel.