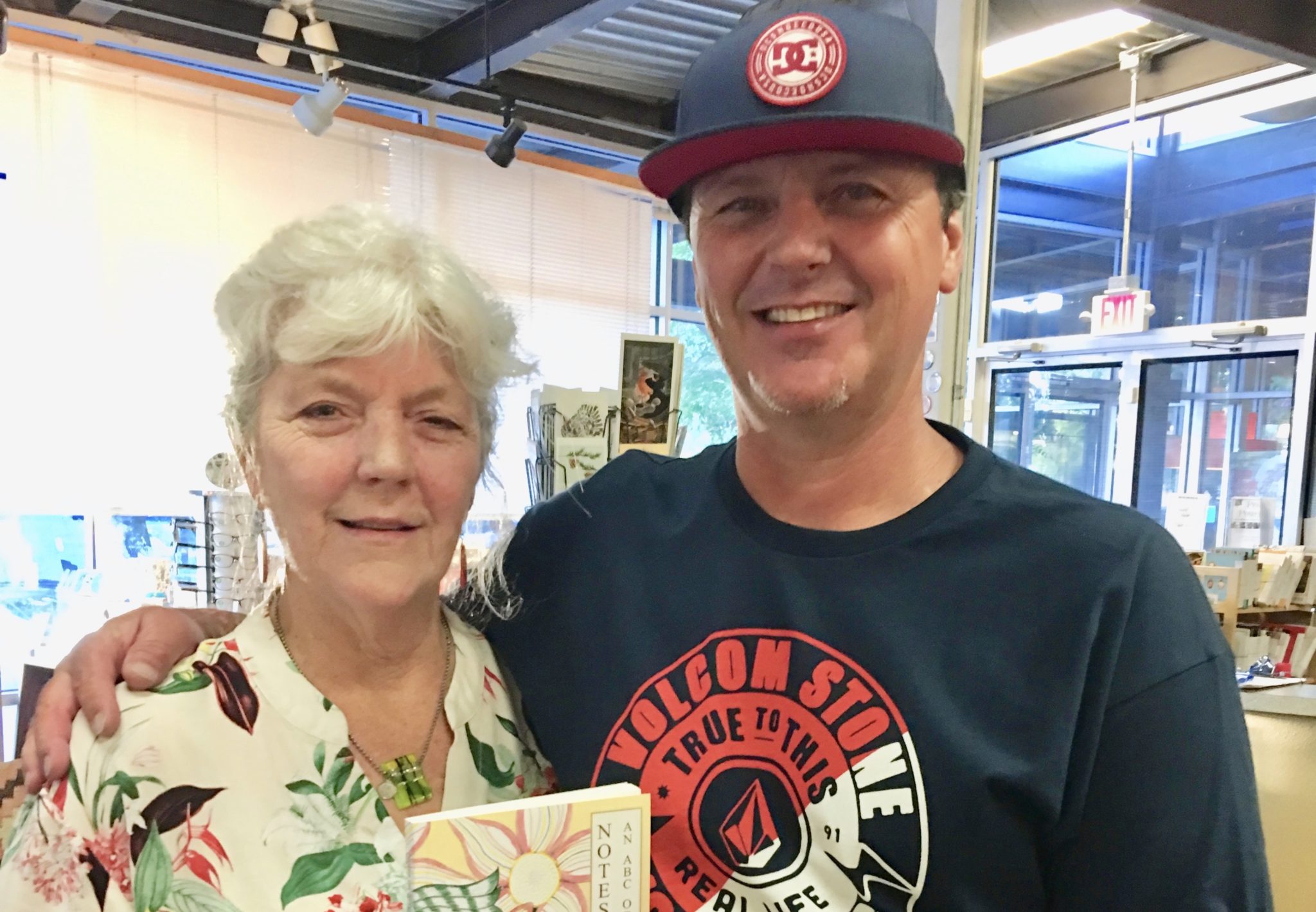 I still worry. Just not as much. I have thoughts but let them fly. If the thought gets too rat-wheel, like it might spin all day and night, and all I want is to connect, then I do. I text or call. I leave a message, “I love you.” I forget how lucky I am, if I’m busy worrying. But I am, after all, and forever, a mother.

It was a relief to find out that a speck of their children’s DNA is wedged into a mother’s body, somewhere; our suspicions corroborated. I want to see where he is, and right now it’s a tiny efficiency apartment attached to his girlfriend’s dad’s house. It’s in a nice neighborhood. It used to be a one-man beauty salon long ago. It’s got good driveway space for his vehicles as he always has extras he works on. He has a 40-hour-a-week job, and the job is good. His boss appreciates him.

His teenage son and almost-graduated college-age daughter are slowly letting themselves believe he’s back, that it really is an illness, this substance use disorder. They can love him in three-D again. They can see his burly, tattooed arms, his twinkling eye and happy smile. Oh it’s been what must seem like a life-time to them, missing him. They know he goes to counseling once a week, and that he really likes his therapist. They know he can’t be around booze or, of course, any drugs. That he’s on probation. But they also know, now, that they can find him home; that he’ll answer their calls most of the time, or get back to them. That he talks like he used to. His kids say they want a normal divorced family.

They know the marriage had to end. That this part of life is defined more sharply into an after he got sober and is getting well. Before that the air seemed to be missing vital elements. Their dad was missing. He stopped by getting arrested. A miracle brought about by jail time, rehab, half-way to hell house, a little freedom and now successes.

They can tell him their stories, about the four years he didn’t find them to see them. How Grandma told them he was too sick. Too taken. Too gone, but now he’s back. After more than a year now of his sobriety, they are willing to risk a little time with him, letting him really see them. Who they are. Where they’ve been. What they’ve been doing. And how much they couldn’t do without him.

They know that Grandma is a poet, and she put her grief and fear, anger and tenderness and love and hope into words in poems for the years he was trying to change or something they didn’t understand. They like some of grandma’s poems because she lets everyone know how it feels to have a man-child slipping like water in a desert, through her fingers. They see some of their feelings in her poems. They can’t read the whole book. It’s too hard. It was their pain too, and their stories. But they learn about stuff from Grandma; they trust her not to lie and so someday, they will read more of it. It made Grandma very happy that their dad went into recovery at the same time the book was about to be printed in huge machines, then spit out for the world to look at. Their dad too came into the world again, and he too was being looked at. He approved of her book, said he was proud and glad that his mom stuck with him, cared enough to write their story.

I started Notes on Serenity: An ABC of Addiction when my son came to me homeless, hungry, and admitted to substance use disorder; again (I’d heard about other times from his now ex-wife). I gave him shelter and all I could give. But, of course, I couldn’t give him a way out. It was so painful to not be able to fix things for him, so hard to see him suffer; I was overwhelmed. I diligently and gratefully attended Naranon (after ten years of Alanon and three of Adult Children of Alcoholics), then decided to focus my time on poems and stories regarding my experience. (I’m a poet and writing teacher by trade.) I thought about titles like “Addiction for Dummies,” “Having an Addict Son Made Easy,” but there was no humor to work with in spite of living in Albuquerque, the home of Breaking Bad. I was at stage 4 GRIEF in spite of all the 12-steps. The Abcedarien is a poetic form I’d learned, used, and taught to writing students. I pitched a course on the form at an online writing school where I was on the faculty and told my students I’d be writing with them, a poem a day for three weeks, each consecutive poem starting with a consecutive letter of the alphabet. It was circa 2010, and I told them I’d be focusing on addiction as my theme if they didn’t mind. They didn’t mind. Eight years later I published the book. The alphabet was a tangible tool, both guideline and a tow rope, something to hold onto and see in the dark. Though the theme gets a little obscured in places, and the forward motion is a child-like tool for literacy, my book links each story the same way addiction links everything when one is in the middle of it.

Poets must write the truth in a unique way—that’s the challenge of the art. There is healing power in sculpting with words, moments and events of the journey. At 70, I gave myself permission to write my journey and my son’s journey, one day at a time.