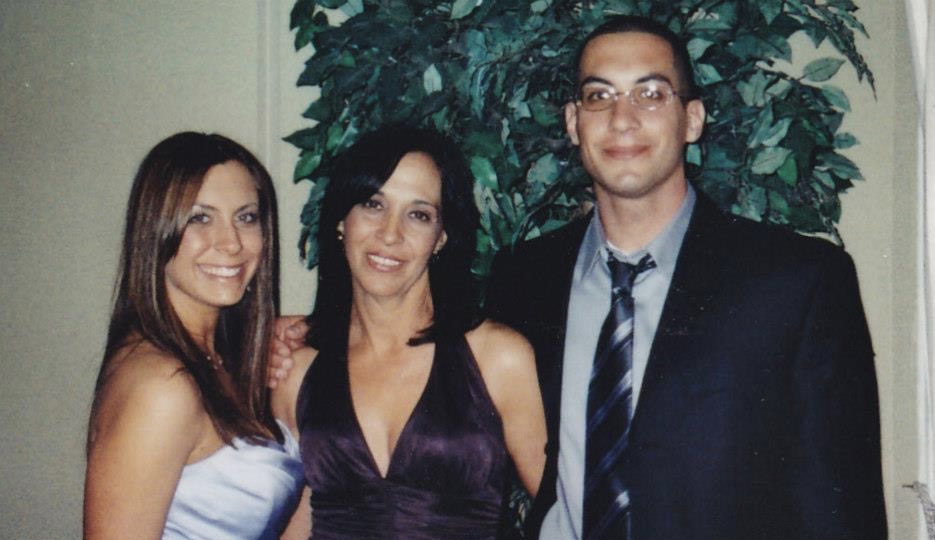 Sal was born on April 11, 1984, two months premature. As my sister-in-law stated after his passing “he came into this world early and left early.” Sal was an absolute beautiful child with a heart of gold. He was truly an old soul.” If you met Sal once, you were his friend forever.

These next few words are borrowed from Sal’s brother Vincent. “There were so many layers to Sal. At his very core, he was fiercely loyal, loving, sensitive, and moral. To coax a real smile from Sal was the greatest victory, but how beautiful it was!! Sal touched so many people during his life. Anybody who had met Sal knew that you couldn’t do anything but love him.”

Sal gave us one of the most precious gifts that anyone could give, his beautiful son. Baby Sal is a piece of his dad that will continue to shine his light and give his love to everyone around him, for the rest of his life.

I survived breast cancer, but my son died at the age of 26 because those struggling with the disease of addiction don’t receive the same healthcare and assistance as people with other diseases receive.

Shortly after I was diagnosed with Stage IV breast cancer, I had a lumpectomy, double mastectomy, chemotherapy and radiation. These procedures were all covered, without any questions by my health insurance. This was not the same for my son Salvatore. He relapsed from his disease – an addiction to heroin – the same month I was diagnosed with cancer.

Sal had to make his own phone calls to facilities trying desperately to get help for his disease. When he did, he was told they had no available beds, to call back every day at 8 am to see if a bed opens, or that his insurance would not approve him because “heroin is not life-threatening.” Or he was told that he needs to detox first and call back afterward. These are the struggles those suffering with substance misuse face daily.

With nothing available, we would take him to the emergency room. After all, they would help him, right? Wrong. He was put on a saline drip and released a few hours later with a list of facilities to call. Would this happen to a diabetic who ate a piece of chocolate and had to be rushed to the emergency room? Would they be released hours later with a list of numbers to call for treatment? Sal faced obstacle after obstacle trying desperately to get help. At times, he would be one of the lucky ones and get into a facility – only to be released after 11 days due to funding. This was the constant revolving door Sal faced while trying to get help.

Our only recourse was to take Sal to an addictions doctor who put him on Suboxone. This, of course, was not covered by insurance and we had to pay out-of-pocket. While on Suboxone, Sal was maintaining sobriety and during this time he attended a trade school and graduated top of his class in heating, ventilating, and air conditioning. Sal was being weaned off the Suboxone. Changes were happening in his life; his longtime girlfriend was pregnant and I was diagnosed with breast cancer.

Without our knowledge, Sal was slowly going back to his dark place, he was struggling with Suboxone withdrawal and began to self-medicate with pills to help with the withdrawal. He was drug tested at work and lost his job. This was the beginning of a total relapse that quickly spiraled out of control. He was now unemployed, had a child to support, and was again using heroin.

Three months later, after losing everything, Sal reached out for help. The process began again of making phone calls only to receive the same responses. Sal was using up to 40 bags a day, crying out for help but unable to get it.

In desperation, we told him to call another facility but this time to lie and say he was abusing alcohol. It worked. They told him to call first thing in the morning as there would most likely be a bed for him. He called the next morning and was told to come in. Sal was finally getting help. Sal entered treatment on July 1, 2010 but, sadly, he was released 15 days later because his funding ran out. His release papers marked “high risk for relapse.” How was recovery going to happen? Once again Sal was faced with making phone calls. Only thorough the help of a family friend were we able to get him into an intensive outpatient program (IOP). This was not the answer. Sal needed intense inpatient treatment. IOP only met three times per week for a few hours. In these few hours, Sal was not receiving the individualized care that he needed.

On September 22, 2010 I arrived home from work, Sal had outpatient treatment that night. He came downstairs after showering, sat and talked for a short time, I kissed him goodbye, he told me he loved me and he would see me later – nothing out of the ordinary, he was happy. I can still remember that kiss.

At 3:37 am on September 23, 2010 I received a knock on my door. The police had come to advise me that Sal was found in my car in Camden – dead from an overdose.

I survived stage IV progressive breast cancer, but my son died at the age of 26 because his disease is treated differently than other diseases. Treatment should never discriminate.

I am Fed Up with the stigma and shame placed on those struggling with this disease, we are losing a generation – change needs to happen and it must happen now.