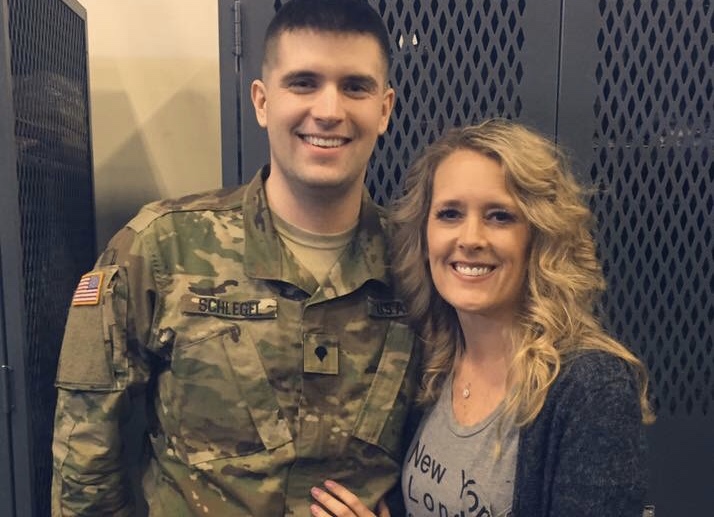 On November 4, 2017, we lost our only son, John Ryan, to a fentanyl overdose. He was an Army Veteran who was injured while stationed at Ft. Wainwright, AK. John was in chronic pain for the last year and a half of his military service. By the time he was honorably discharged, he had lost his hope in ever being pain free again. He was disappointed that his military career was cut short, depressed, and when he came home he quickly became addicted to opioids. It was a battle that took his life, but it doesn’t have to take yours. You are not alone in your struggle.

I remember John saying “Mom, don’t you think I hate this even more than you do? Do you think I want to be an addict?” He was so filled with shame and guilt. What he couldn’t wrap his mind around was the fact that we are our worst enemies, and the courage it would take to walk away, to admit he needed help, and to ask for it, would be the bravest thing he could ever do. Braver even than his willingness to give his life for his country. The most LIFE GIVING thing he could possibly do. He needed to ignore the voices he heard that said he wasn’t enough, and to listen to the one who created him, his Heavenly Father, who says, “You are enough. You’ve always been enough. You are deeply loved.”
As this epidemic is sweeping across the nation, it’s including people from all walks of life at an alarming pace. My plea to you today is that you be brave. Be brave enough to share your struggle. Be brave enough to ask for help. Know that you can have a happy life and a successful story just as so many others on this site have proven. The decision is yours, please chose life. I cannot tell you how devastating this loss has been on our family. We miss our son every minute of every day, and we’ d give anything to have him back. Don’t be a statistic. Don’t let the drugs win. Don’t let evil win. God will give you the strength to beat it – but you have to want it. Do it for your yourself, do it for your family, do it for your future, do it for John.