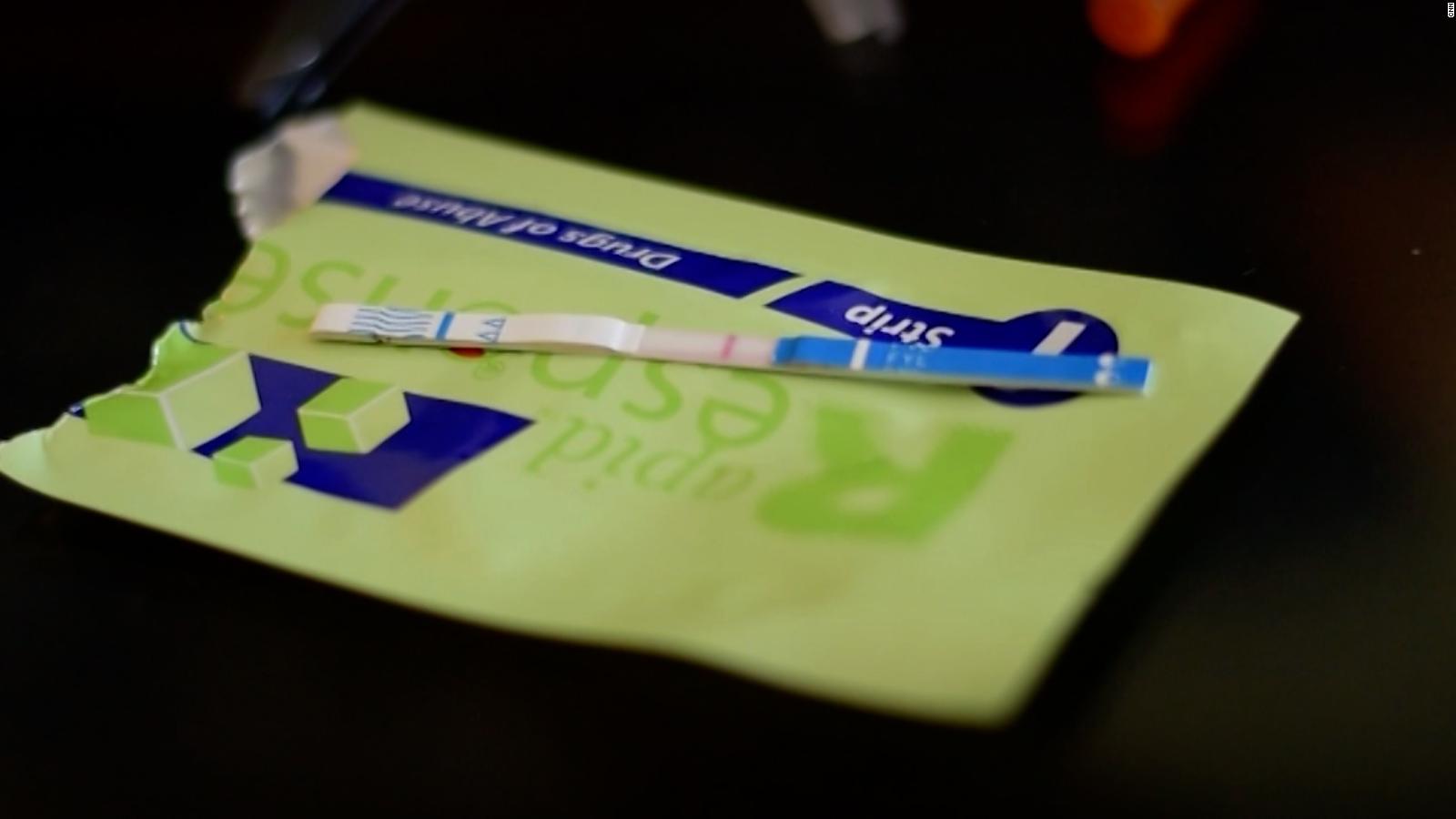 America’s very first National Fentanyl Awareness Day is upon us and it couldn’t happen any sooner. On May 10, a broad coalition of medical experts, nonprofits, corporations, and recovery activists such as myself, will come together and raise awareness about the key driver of overdose deaths in America: fentanyl. The powerful synthetic opioid sold on the street is responsible for the biggest surge in overdose deaths in American history, and is currently the leading cause of death for Americans aged 18 to 45.

More than 100,000 people died from drug overdoses in the past year alone, the most overdose deaths ever recorded in a single year. The sheer magnitude of today’s epidemic means that many Americans are painfully aware that we’re in the midst of a deadly crisis. Each and every overdose death ripples outward and affects families, friends, and loved ones. But much confusion remains about what fentanyl is, how it works, and how it came to be the single biggest contributor to overdose deaths today. Fentanyl Awareness Day aims to educate the public and clear away the panic, misinformation, and stigma that stands in the way of mobilizing a humane, effective, public health approach to this dire emergency.

The vast majority of deaths today are linked to synthetic opioids like fentanyl, and that means the vast majority of these deaths are reversible. That’s because there is a miracle drug called naloxone, which rapidly restores breath and gives people overdosing another chance at life. If there’s one thing you take away from Fentanyl Awareness Day, let it be this: you can save a life by carrying naloxone. Because substance use is so stigmatized in our society, people keep their drug use a secret. You never know when you might need naloxone.

Misinformation and hyperbole about fentanyl not only stigmatizes people using substances, it also harms people with disabilities who suffer from chronic, intractable pain. The fentanyl sold on the street in the form of powder and counterfeit pills is not remotely the same pharmaceutical-grade fentanyl that’s prescribed by doctors. Fentanyl is a staple of western medicine and is used safely every single day. Deaths from fentanyl are incredibly rare when it’s taken properly as prescribed. On Fentanyl Awareness Day’s website, there’s a simple chart that explains the crucial differences between pharmaceutical fentanyl and illegally manufactured fentanyl sold on the street. 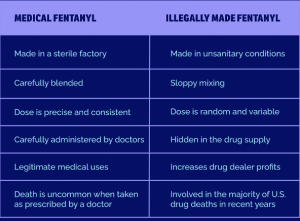 One of the reasons why fentanyl on the street is so deadly is because it’s manufactured in unregulated, clandestine laboratories by chemists who work for drug cartels. That means every batch is different, and people on the street have no idea how potent the drug is. Unlike pharmaceutical medications, illegal substances are not sold with a list of ingredients or any dosing instructions. When people use substances purchased on the street, they often have no idea what’s really in it or how much of it to take. This is especially insidious when it comes to fentanyl because a safe and therapeutic dose is so close to a lethal dose, leaving life and death consequences to a tiny margin of error.

Illicit fentanyl is increasingly prevalent in non-opioid drugs like cocaine and methamphetamine. People who use those substances may not have a tolerance for opioids and are therefore at grave risk for an overdose. The illicit fentanyl crisis may sound like a faraway problem, but it’s an incredibly dangerous time to be using any illicit substances. That’s why President Joe Biden’s drug policy strategy emphasizes tools like naloxone and even fentanyl test strips that can alert people if their drugs contain fentanyl.

If that’s not bad enough, illicit fentanyl is also being sold in the form of counterfeit pills. These pills sold on the street look almost identical to the real thing, but they actually contain fentanyl powder pressed into pill form. Teenagers might be offered a prescription pill that looks like an ordinary Adderall, Xanax or painkiller, but it actually contains highly potent fentanyl. The rise of counterfeit pills is no doubt behind an alarming surge in overdose deaths among teenagers.

Young people have less knowledge about these complex dynamics in the drug supply and that’s why Fentanyl Awareness Day is so important. For decades, America’s drug education has been premised on a zero tolerance and “Just Say No” strategy that neglects critical tools like harm reduction. Some percentage of teenagers will wind up experimenting with drugs no matter what the adults say. It’s vital that adolescents receive a reality-based education that might just save their life during an emergency.

Peeling away the panic, hyperbole, and misleading claims about fentanyl is vital for mounting a rational response that will actually save lives. If we give into fear instead of compassion, I’m afraid we’ll repeat the mistakes of a drug war that has failed to protect the health and safety of American citizens. All the fear about fentanyl is already leading us down the road of what I call “Crack 2.0.” In the 1980s and 1990s, politicians thought crack-cocaine was substantially different from powder cocaine. This misconception—no doubt grounded in racism against BIPOC communities—led to severe punishments for crack and lesser punishments for powder cocaine, even though they’re the same exact drug. If we rush to incarcerate and punish those who use fentanyl, we’ll make the problem far worse than it already is.

As a person in long-term recovery from an opioid use disorder, I know firsthand that criminalization and harsh jail and prison sentences do not help people struggling with substance use disorders. I understand the impulse to get “tough on crime” and try to get as many drugs off the street as possible. But people using substances need your help, support, and understanding. When we feel judged and condemned, we hide ourselves and use drugs in secret. And that’s why people are dying from preventable deaths, because no one is there to rescue them. Spreading education, awareness, and knowledge is the key to addressing this public health emergency. Stigma and fear only keeps us in the shadows.

Ryan Hampton is a national advocate, author, and person in long-term recovery from opioid addiction. He’s also an advisory board member for National Fentanyl Awareness Day on May 10th. Follow him on Twitter at @RyanForRecovery.