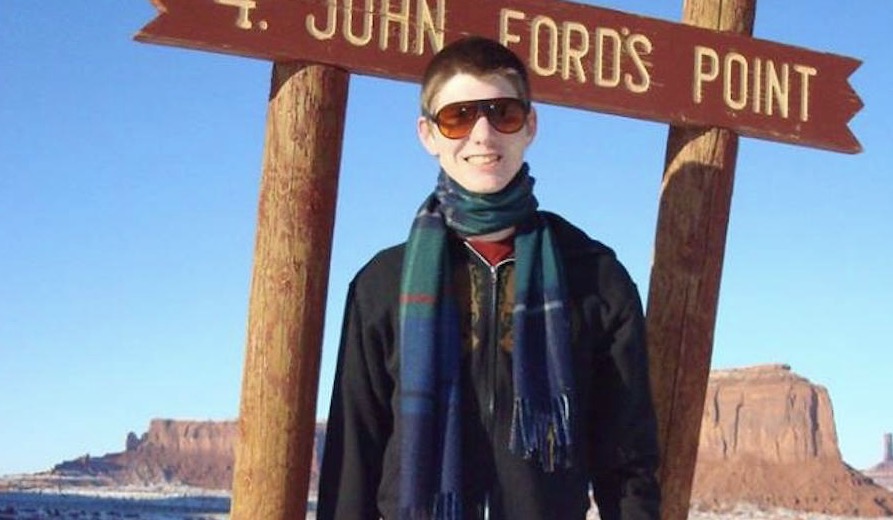 Andrew Was More Than Just An Addict

How do we remember someone as special as Andrew? 99 percent of the time, the first thing people mention, is his incredible intellect. From the very beginning, Andrew was extremely bright. He was accepted into the Gifted Program in first grade. He always excelled in school and graduated from college in only three years. He soaked up knowledge, and he loved to learn. Many of his friends have said “He was the smartest guy I ever met.”

But being intellectual didn’t dry him up. He loved to laugh. He had a razor-sharp, witty sense of humor. He was extremely funny, sometimes self-effacing. He’d share his laughter with others. Andrew was also a good listener and a loyal friend. He was an obedient child, rarely getting into any type of trouble. He also loved music and played guitar. A college friend of his told me that he always saw Andrew on campus, barefoot and carrying his guitar wherever he went.

And he liked other people, too. His incredible listening skills often resulted in deep, sometimes heated conversations. In spite of his love of debate, Andrew was very polite and likable immediately. Andrew came across as confident: about his opinions, views of the world, and his goals in life. He inspired so many people during his short life. He was well loved by co-workers and was a role-model for new employees. His new position in Las Vegas held such promise. His employer said they had so many plans for Andrew’s future. She also said he always volunteered for extra projects, never complained, and would have given the shirt off his back to someone in need.

He was just a very sweet young man with the world at his fingertips – or so it seemed.

Andrew began experimenting with drugs in high school, but his addiction really woke up in college in 2009. He was abusing Oxycontin. He was in Florida during the Pill Mills, and Oxy was cheap and readily available. Oxy made people, life, and college tolerable for him. Andrew often expressed frustration with trying to find people on his intellectual level, and Oxy dulled his thinking and his senses, made him more like everyone else. Andrew tried all drugs, but Oxy was the one that hooked him. He never saw it that way, of course. He always thought he was in control. Even when he was forced to switch to heroin in 2014, he told an old friend, “Heroin is not so bad, it’s just like Oxy.”

He took a job promotion in August 2014 that would move him to Las Vegas, hoping to leave heroin behind. He told me, “Mom, I never planned to do heroin here. I planned to quit, but I realized I was an addict when I got to Las Vegas and still had to have it.” Even at the end, when his life really began to unravel, he still thought he had the upper hand with this drug. He refused long term treatment. His plan was to get through detox and then go back to work. I spend the last six days of his life with him. He’d been clean for 19 days. He told me what I wanted to hear: “I don’t want to do heroin again, Mom.”

But the fact was he struggled so much. He was so sad and ashamed of what his life had become. On the surface, he was a very successful corporate executive who had everything. In reality, he was a struggling addict who lived for Oxycontin and ultimately heroin. He didn’t want anyone to know. So, on a Monday afternoon, November 10, 2014, he told me he wanted to attend an AA meeting down the street. I was so excited and happy he was making progress. I dropped him off.

One hour later, he did not respond to my texts or phone calls. (I was concerned: remember, Andrew was very obedient). I knew in my heart what had happened. An hour and 45 minutes after I dropped him off, the hospital called.

He was found in the bathroom at Petsmart, just down the street. It was too late to save him. He died alone.

The Smile That Stays In My Heart

Andrew loved music. It was an outlet for him. He told me the only thing in the world he wanted was the acoustic guitar he’d pawned. I did get the guitar back. I’m planning to restore it in Andrew’s honor. He had so much potential, so much love to give. He hoped to adopt a retired greyhound someday. He loved intellectual humor of all kinds, too. He loved Seattle and the West Coast. It made him happy to be there. Unfortunately, Andrew never grew into the person that he was meant to be because of the drugs. Two months before he died, he reverted back to his Boy Scout days and went camping alone. He was so proud of the campfire he built with just kindling and matches. It was such a small thing. In a way, it was all he had left that he felt he could be proud of.

What do you miss most about Andrew?

I simply miss my son! He was my only boy, my youngest. Even though we lived in different cities, he was always there in my life. Near or far, he was always with me. Sometimes, he distanced himself from me, due to the drugs. But I always knew a phone call would come at some point and also a visit.

I never thought it would end this way. I had hopes of grandchildren because he talked of becoming a father. He said he wanted to meet someone educated, maybe a doctor. What I miss most is what could have been. He said he wanted to move to the Pacific Northwest eventually. When I relocated to Portland, Oregon, I thought he would eventually join us. Now that will never be.

I miss his open mindedness and intellect. His willingness to try new foods, adventures, new places. I miss his humor. I miss him lovingly calling me the “Food Nazi.” I miss every phone call that ended in I love you. He was an addict, and he was my son. Now there is just an enormous void in my life without him. There was nobody else like Andrew, and there will never be anyone like him again.