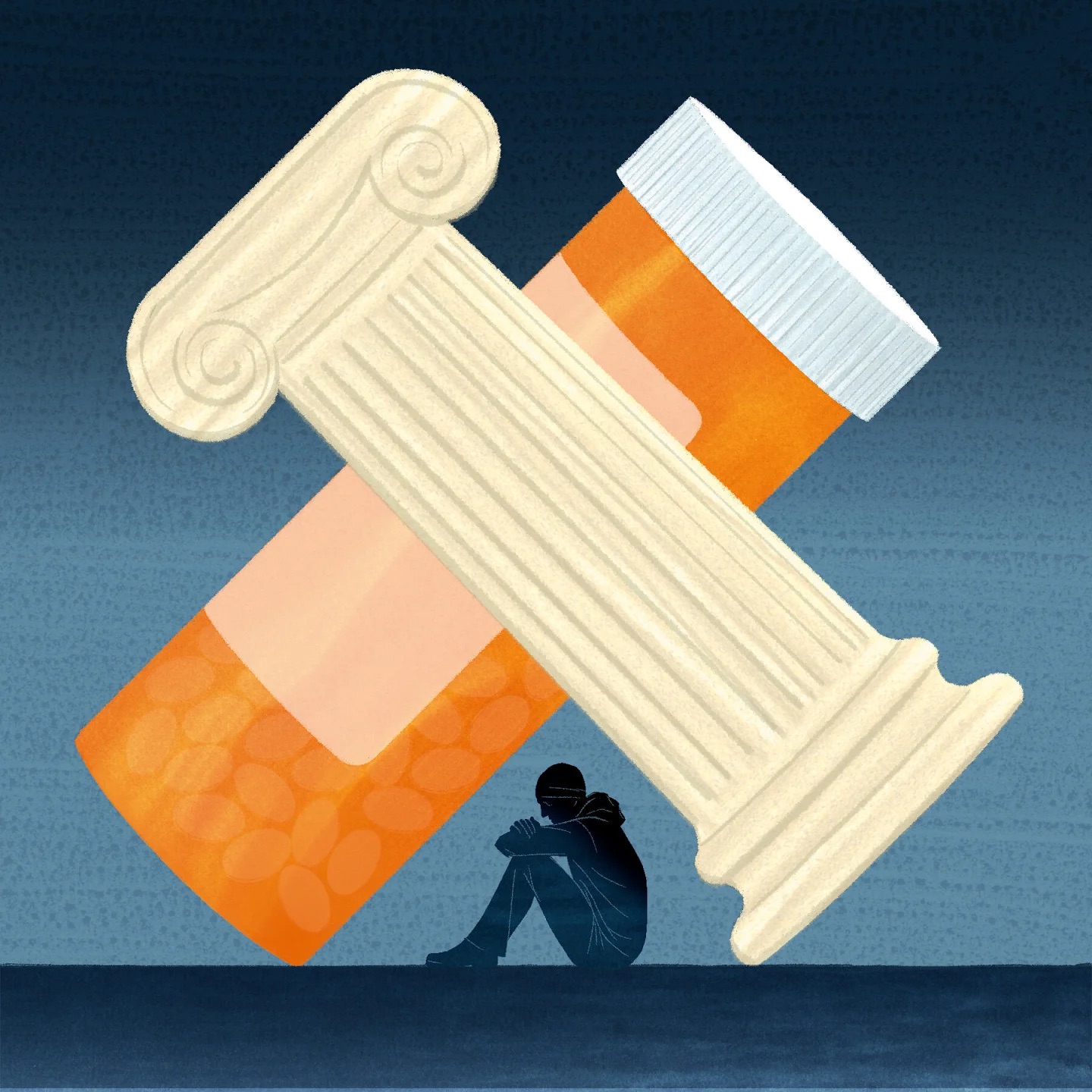 On Sept. 26, 2019, the Department of Justice appointed me to serve on the Official Unsecured Creditors Committee in the bankruptcy case against Purdue Pharma, the company that helped fuel the opioid overdose crisis through the misbranding and reckless marketing of the powerful painkiller OxyContin. The committee acted as a mega-plaintiff, with broad powers to subpoena records, take depositions and cross-examine witnesses. For nearly two years, I attended countless negotiations, depositions and chambers meetings. I read thousands of pages of confidential documents revealing the true nature and depth of Purdue’s liability in the crisis.

The proceedings came to a close on Sept. 1, 2021. The final settlement promises as much as $10 billion to be distributed among states, municipalities, the federal government, victims and other corporate creditor groups through a restructured company. $4.5 billion of that will come from the company’s former owners, members of the Sackler family, in exchange for civil releases from any future litigation pertaining to the overdose crisis. Only about $750 million was reserved for direct payments to those most injured by the company — more than 130,000 victims who filed claims for harms associated with OxyContin, ranging from addiction to death by overdose.

Ignored by a system devised to protect extreme wealth and perpetuate social disparity, Purdue’s victims find themselves doubly victimized. I know this because I not only represented the victims; I’m one of them.

After my appointment to the nine-member committee, I was elected one of its two co-chairs. We had a fiduciary responsibility to over 600,000 parties with claims against Purdue. They included state and local governments, hospitals, pharmacies, insurance companies and individuals who had been harmed by the pharmaceutical giant.

The committee also included five representatives of corporations, including CVS Caremark, whose affiliate company CVS Pharmacy has faced litigation for its role in the sprawling overdose crisis. Although I had deep moral qualms about representing some of these companies, I also had a fiduciary duty to do so. As a committee co-chair, it was my job to remain impartial — easier said than done. Purdue Pharma is a repeat federal offender, having twice pleaded guilty in federal court for its crimes; I have called for a criminal indictment against the Sackler family. As someone in long-term recovery from an opioid addiction that included OxyContin, I also mourned the deaths of friends who lost their lives to overdoses. To win some measure of justice, I was determined to have a seat at the table.

Purdue’s counsel and even certain state attorneys general, I realized, seemed to view the victims’ participation in the proceedings as a charade. They appeared to characterize the victims’ presence on the committee as something of an endorsement of the settlement, a plan that included broad releases for the Sackler family. In reality, we were left with no choice.

Ultimately, Purdue’s lawyers and a majority of the attorneys general managed to get most of the committee to vote to shield the Sackler family from ever being sued in civil court for its role in the overdose crisis, using a controversial bankruptcy mechanism known as nonconsensual third-party releases. This is the opposite of what I and many other victims sought: We repeatedly called for transparency into the process, accountability for the Sacklers who had owned the company and reparations for the millions of people affected by the OxyContin-fueled drug epidemic.

The final settlement — up to $750 million to over 130,000 victim creditors — is far less than what will be paid to a handful of lawyers and consultants in the case. The scheme assigns a dollar amount to the harm experienced by each person. If people lost a loved one to an overdose involving OxyContin, their claim would be assigned the highest value, which is capped at $48,000, to be paid from Purdue’s estate over several years. But if people experienced a potentially deadly addiction that could be linked to a Purdue prescription, they may receive the minimum payout, $3,500 — a paltry sum. Victims stand to receive only about 7.5 percent of the total value of the estimated settlement. The other 92.5 percent will go to corporations and governments.

Victims deserved better — and they deserved more. And they did not deserve to have the Sackler family shielded from any civil litigation.

The family has denied any wrongdoing.

Several options could have been considered that would have distributed equitable financial compensation to those harmed by Purdue, without utilizing the contentious third-party releases.

Every state in the nation had a claim against Purdue, totaling more than $2 trillion. For 22 months, nearly half of the states, known as the nonconsenting states, opposed any deal that would release the Sackler family from future lawsuits. They preferred to remove them from the Purdue bankruptcy, stamp out their third-party releases and take the family to court separately in different jurisdictions — an outcome I would have supported, as long as the victims’ $750 million or so would be protected. In July, 15 of the original 24 nonconsenting states, a strong majority, signed onto the deal that included the Sacklers, essentially eliminating any reasonable option that would have compensated victims without the family’s money.

During negotiations, I often asked: Why couldn’t we just eliminate the nonbankrupt Sacklers from the process? I believe this would have allowed litigation against them to resume. It also would have allowed victims to be compensated entirely from the new, restructured company — the same funding source from which states were set to receive the majority of their settlement. To this day, my question remains unanswered. In my opinion, this option would have eradicated the releases issue, protected compensation for victims and given states and victims the opportunity to have their day in court with the Sacklers, with the potential to recover more Sackler money through individual lawsuits.

Since resigning from the committee on Aug. 31, I am able to speak more freely about my experience. My view on the final chapter of Purdue is that money, not justice, won the day. Victims’ representatives were outnumbered in the process from the beginning: by corporations, by lawyers and by governments.

Many government institutions, previously unwilling to act as a watchdog on Big Pharma, were equally unwilling to treat some of our most vulnerable citizens with the dignity they deserved. Rising overdose rates, difficulty in accessing addiction treatment and recovery support services, lax enforcement of parity violations by insurance companies and government crackdowns on people who use drugs tell you all you need to know about the effectiveness of the status quo.

Companies like Purdue and families like the Sacklers should never find refuge in bankruptcy court. Nonconsensual third-party releases must be harder to obtain in Chapter 11 cases. And in cases where tremendous harm has been done to actual people, individual victim claims should be at the top of the pyramid — not at the bottom. Government claims should never outsize those of victims, but that is exactly the case in the injustice of the Purdue Pharma bankruptcy.

I entered this process hoping for reparations. Now, I can only pray for reform.

Ryan Hampton served as a co-chair of the Official Unsecured Creditors Committee in the Purdue Pharma bankruptcy and is the author of the forthcoming book “Unsettled: How the Purdue Pharma Bankruptcy Failed the Victims of the American Overdose Crisis.”

A version of this article appears in print on Sept. 12, 2021, Section SR, Page 2 of the New York Times with the headline: Betraying the Victims of the Opioid Crisis.