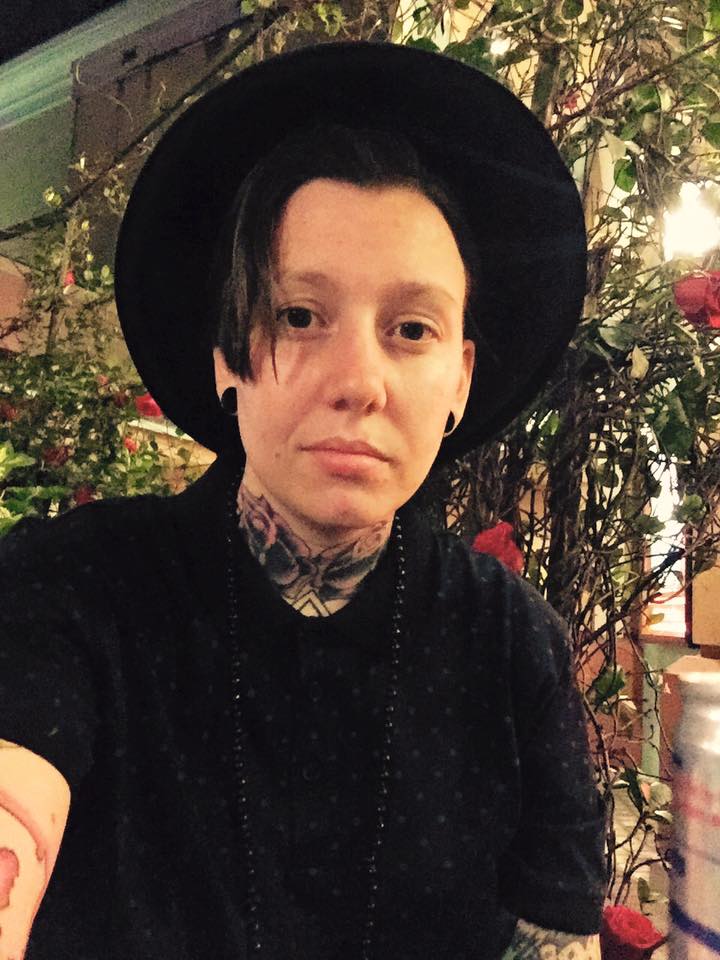 My name is Steph and I’m an addict. That’s how I introduce myself these days at 12-step meetings. It’s part of who I am, but let’s start with how I got here.

I was born and raised in Elmwood Park, N.J., a small town near New York City. I have two younger brothers, and out of our entire family, I’m the only addict.

My parents are awesome people, who wound up not being right for each other. When I was in fifth grade, they separated and soon divorced. My mom found someone else, and for years I hated her for it. But today, thanks to the “steps,” I understand my parents didn’t belong together, and it’s okay, they still love me.

Throughout my teenage years I drank alcohol and smoked weed the same way everyone else did, but looking back it was always to the limit. I’d get as messed up as possible during high school parties which led to encounters I didn’t want to happen. I don’t remember many details about the things that happened to me, but thanks to years of therapy I now know I was sexually assaulted. For a few years in high school I acted out sexually with guys, but soon realized I was only attracted to women.

Am I gay because of what happened to me? No, I don’t think so. I’ve always been attracted to women for as long as I can remember.

After I graduated high school, I didn’t attend college right away. One night I was with a few friends and I met a girl I was seriously into. Everyone was doing lines of cocaine and I think I wanted to impress her, so I did a line and that was it.

I’d crossed a line, that for me, I’d never be able to uncross.

For the next six months, I wound up doing coke daily, living in a girl’s apartment, and figuring out how to survive as a drug addict. This included learning how to commit check fraud using ATMs, what items to steal that were worth the most money, how to panhandle, and a lot more that I’m not proud of doing. I stole from my parents and wound up in crazy situations with Harlem gang members and numerous run-ins with police.

Moving things along, I finally had enough and went back home. I stopped doing drugs for a short period. My life seemed to be getting better, but then I met a group of people who loved to party and “enjoyed life.” This was about 2006, and for the next year, I partied. Until the party ended in a way I never thought would happen.

I became really good friends with a girl, and we had an immediate connection. Many times I describe our friendship as two really bad storms colliding. I tried many drugs during this time, including opiates, a decision that would take me places I never thought possible.

In the summer of 2007, my family went on vacation and I decided to throw a party. That night my friend and I did a bunch of different drugs. We eventually fell asleep, but the next day I was the only one to wake up. She overdosed on a combination of drugs and just died right in her sleep.

My life can be broken down into the time before she died and the time after. I made it to rehab after she died, I only lasted five days because I wasn’t ready to hear anything. I was grieving and didn’t want to hear about my “drug problem.”

Six months after her death, I began partying again. One night I was with my best friend, and we ran out of painkillers. We bumped into friends who had heroin, and that was it. I was in love and started my descent into heroin addiction.

I started doing heroin every day and wound up getting arrested on the year anniversary of my friend’s death, which is when I finally reached out for help on my own terms. I called my dad from jail and told him I was addicted to heroin and I needed help. Two days later I was in rehab in Florida.

I got a lot from that rehab and was able to deal with the trauma, guilt, and resentments I had. Soon after treatment, I moved into a sober living and started going to NA meetings daily. But, of course, I met a girl at my sober living home and we fell in love in a week. Gotta love early-recovery relationships.

About nine months into my recovery, I found out I had Lyme Disease, which creates severe joint muscle and nerve pain. So, I began taking Oxycontin again, and for a period I was okay. But once my girlfriend left, I wasn’t okay anymore.

I moved back to New Jersey and for the next two years, I went back and forth from Jersey to Florida, rehab after rehab, after I began using heroin intravenously. That was a whole other addiction that I never planned on having.

Once I began shooting dope, I started to do things I never thought I would do. I sold family jewelry. I slept with men for drugs and money. I was homeless, and some nights I’d sleep outside. My best friend was shot and killed over a drug deal during that period. I was so lost and had no hope.

In December, 2011 I was arrested two days before Christmas and my family finally had enough. I wasn’t allowed to attend the family Christmas festivities. In that moment, I never felt more alone in my entire life. That was the spiritual bottom I needed to lead me to seek help again.

Finally, April 16, 2012, I decided to give the steps a real shot after reading the Big Book for the first time. I never actually worked the steps fully, but this time, through AA, I did. My life has forever changed.

I made the decision to use medication-assisted therapy by taking Suboxone to manage both cravings and the severe chronic pain from Lyme Disease. I’m glad I made it. There are a good amount of people who say I’m not sober because of that. However, thanks to the amazing sponsor I had, she explained my sobriety was just that, mine. That’s what worked for me and my circumstances.

Now, I found a career that I not only love, but I get to make a difference in other people’s lives experiencing similar struggles. I even get to work for my dream company today.

For a few years, people said I was a lost cause. At one point, I believed them. I’ve been to the depths of hell and back and can assure you that none of us are lost causes. We all have a fighting chance. I know recovery is possible, so don’t give up hope.