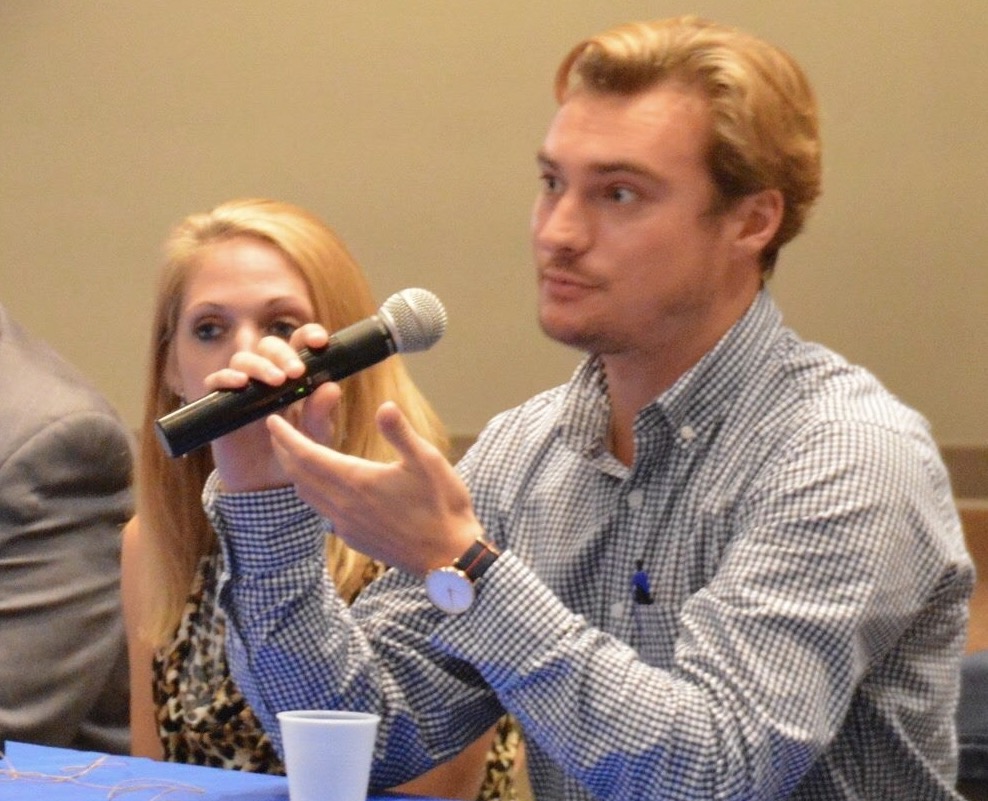 Two years and one day ago, I took a dive head-first into a dumpster. Why, you might ask? I was trying to find syringes I had thrown away a few days earlier. The dumpster was full and I had to throw pieces of trash out one-by-one during the hunt, I cut my arm up in the process. I climbed out with my used needles covered in blood, an apartment security guard stood by my bike, he looked me up and down and said, “I’m not going to call the cops but you need to get the hell out of here and get help.” And I did get help, but first, I got high.

This all started off so innocently. A few beers, a joint, some tabs, a ball of coke, intravenous heroin use 8 times a day. I used to be afraid of needles until I tried heroin, then I was just afraid of needles that didn’t have heroin in them. Within a short period-of-time, I became a gold medalist at what my friends (if you could call them that) at the time called “The Junkie Olympics” – whoever prepped and hit a vein first won. You know, typical things teenagers do, at least that’s what I thought. All my friends were doing it, that meant everyone was doing it. Boy, was I wrong. I wasn’t raised like this, I was class president, captain of the soccer team. My parents went to college, graduated, never used drugs, drank in moderation, immigrated to America in 1995 in hopes of a better life and the American Dream; from 2007-2015 I gave them the American Nightmare.

General mischief. Arrest. Continued drug use. Jail. Relapse. Continued drug use. Lack of money. Continued drug use. Asking to borrow a phone from a woman thinking she wouldn’t be able to catch me and running. Boxed in by 4 police on the highway. Arrest. Jail. False promises to family. Overdose (my mom found me before going to work because she wanted me to shovel the snow from the driveway). 4-day coma. 2 weeks of abstinence. Continued drug use. Treatment. Hope. Job. House. Loss of purpose. Starting a family plan with no family at Verizon and selling all the phones. Continued drug use. And this is where you found me, in the dumpster. My life had literally turned to trash. Nowhere to live, no job, no hope, and a heroin withdrawal looming. So, I made a choice. I made a choice to ask for help, to find hope in recovery, to create a purpose I wanted to wake up to everyday and chase, and to give up everything that I had been doing for 8 years and try something new, to chase my recovery like I chased my drug, with no idea where it would lead me. So, I made the call and asked for help.

Today marks two years of recovery for me. What I’ve done in the last 2 years has pushed and challenged me to grow in ways I didn’t know were possible – somewhere along the way I heard the idea that the whole world is outside our comfort zone, and I try to push myself to step outside my zone on a daily basis. I’ve learned recovery isn’t easy, but it is worth it. I started off with a cold turkey 5-day detox, throughout which I would drink a gallon of water a day, taking 2 loperamide every 12 hours. I picked up the most basic jobs I could at the recovery community organization I was at, the McShin Foundation. Daily chores, rules, order, discipline. They helped me reset the clock on years of waking past noon.

The daily tasks turned into learning opportunities and then a small stipend. I hung around people with long-term recovery. I got introduced to the recovery community and advocates who spoke about their journey along the way. I realized that addiction and recovery was something to discuss, not hide from. I embraced the new knowledge and challenges and asked for help when I needed it. I dove into learning about various pathways of recovery, my recovery evolved. I began to take pieces of everything that I tried and that I liked. I grew. Around 3 months into my recovery, I had the opportunity to travel with John Shinholser to a place in Houston, TX called Archway Academy. I had no idea what a recovery high school was but it sounded interesting. I met their director, Sasha Coles McLean and fell in love with the concept of what they were doing. I had lost many friends along the way, and I knew our community in Richmond, VA needed something similar to help save our youth. I found purpose.

John and I flew back home and I told him we needed to start a recovery high school, he said I could do it. Me, at 3 months, starting a recovery high school? I panicked, I spent 6 months panicking harder, planning, researching, setting up meetings, and asking people for advice. We opened McShin Academy in December of 2015 with one student. We grew to 9 before the end of the Spring ’16 semester. 3 graduated, 7 remained sober through the semester, no new criminal charges, improved grades and improved family life. The school was a success. My purpose evolved, I wanted to pursue a different direction. I had felt a similar feeling before of being trapped and relapsed, I began to make plans to transition out. We started the school year, I trained staff and the torch was passed. The school carries on as Virginia’s first recovery high school, growing in numbers by the month – I continue to make myself available to students and parents whenever possible. I pray that the kids and parents don’t think I abandoned them, but I strongly feel that if I didn’t make a move I would have withered in that role and let everyone down around me.

Today I’m happy, my girlfriend is in an ER nurse, she’s smart and beautiful, we have a house and a puppy. I’m a Brand Manager at what I believe is going to be a model to the future of recovery, The Virginia Center for Addiction Medicine. I continue to give back, to stay involved with my family, and grow on a daily basis. If I can go from climbing out of dumpsters and winning gold medals at “Junkie Olympics,” to starting a school, being there for my family, supporting my girlfriend and raising a puppy, then you can do the same, plus more.

Thoughts on the future: Everyday without a solution is met with increasing deaths. Keep an open mind to new ideas. Ask for help. Find mentors. Continue to grow. The only person we have to be better than is who we were yesterday.