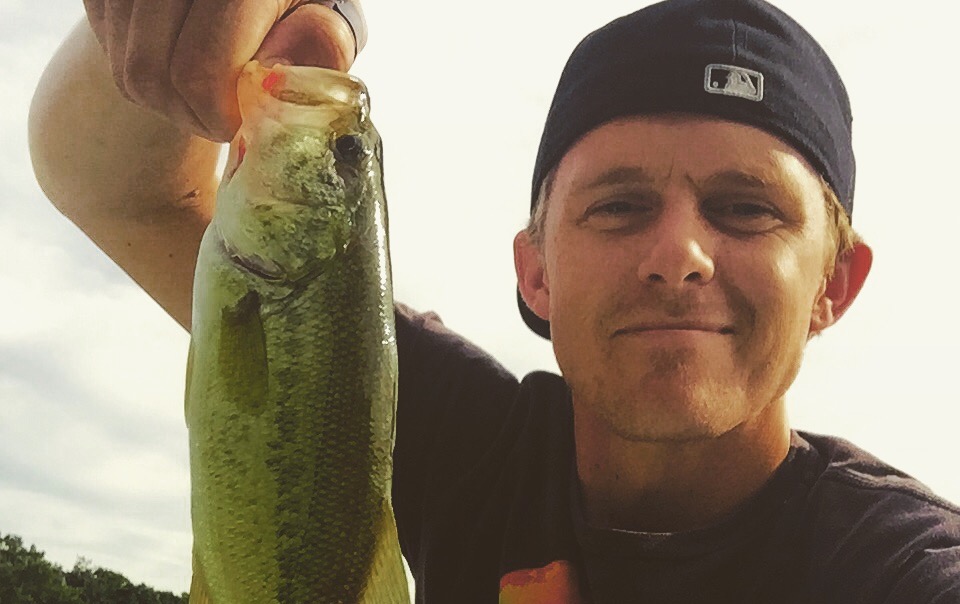 My story starts 20 years ago, when I was 10 or 11 years old.  I remember this feeling of being inadequate, that I was never be good enough, smart enough, etc.  I have always held myself to a standard and felt that somehow I needed to be punished.  So, as drugs were introduced to me by “friends” in high school, I was afraid, but curious.

What I did know, was that my dad was a violent alcoholic and I wanted to be nothing like him.  So, once I started smoking marijuana in 10th grade, it wasn’t too long before I was lying about where I was, who I was with, etc.  At some point in high school, 11th grade I think, I tried Vicodin for the first time.  I remember the feeling of intense euphoria come over me, as all of the doubt, worry, anxiety, it, just melted away.  I had found my medicine, to make me “normal” and fit in with the people, that I felt I could never quite fit in with.

When I went off to college in 2003, Opioid pain killers were everywhere and cheap.  I used them off and on when in the dorm, but when I went home for the summer, after my freshman year, I used them everyday.  This was the point where I crossed the line into physical dependancy.  I always needed instant gratification, unable to save money, or ration things.  Now, that mixed with an extreme self absorbed character, the combination was explosive.  So, after returning to school my sophomore year, I felt different.  I knew something was off, because I ached all over and craved opiates, 24 hours a day, 7 days a week.

It wasn’t long before I started stealing from friends and family members.  These were friends that I had known since the 3rd grade.  I started to only care about getting high, being high… anything but reality.  All of the activities, parties, classes, seemed impossible without being high.  This continued, until I dropped out of college and moved back in with my parents.  I delivered pizza’s and got high in my late teens/early 20’s, only caring about being high and having money to get high.  All of the relationships, friends that I had, were scared to be around me.  This only pushed me farther into isolation, only having a few people that I would use with.  My addiction was a cancer.  I went all out and did whatever I could to get money and get high.  I was using so much, that I just couldn’t afford to keep buying several 80mg OxyContin, everyday.  It was just becoming so expensive, as supply decreased nationwide.

Then, one random day, a friend introduced me to heroin.  Needless to say, it wasn’t long before I was snorting heroin multiple times a day.  At first it was much cheaper, but not for long.  Sometime in 2009, I injected heroin for the first time.  Just like those first Vicodin I tried, I had finally found a cure for all of the things I hated about myself.  The only problem was, this was a complete fabrication.  I had to continue convincing myself that I needed this.  That this was the only way I can fit in and be normal in society.  The problem with that was, I had never given myself the chance to discover who I was.  Growing up, my family never talked about our problems or feelings.  I remember, always feeling so strongly, carrying the weight of the world everywhere I went.  Heroin temporarily lifted that weight, but the things I had to start doing to continue using, were sickening to me.

I never imagined committing robberies of homes, stealing things from co-workers, employers, parents.  Anyone that I could manipulate to get what I wanted, that is what I did.  This led to a couple arrests for shop lifting in 2006.  Now that my big secret was starting to painfully expose itself, it was the person I resented growing up, that would help me the most.  At this point, my father had been sober for over a year and he knew the pain I was in.  That feeling of wanting to stop, but the fear of withdrawal and having to confront my issues.  All of the crimes I committed, people I hurt, risks I took would come screaming to the front of my mind.

So, my father convinced me to check into a residential treatment center for 30 days.  This was my first exposure to recovery and I was so scared.  The strange part about it is, I can’t remember what I was afraid of, but this has always been my mentality.  I lived in a constant state or anxiety and worry, for no apparent reason at all.  I relapsed the day I got out and was back in there by Christmas.  I would do this 3 more times, once going to a Scientology based rehab, that really only served as a safe place to stay.  I would always relapse once I got out, because I never was honest with myself.  Finally, in the fall of 2009, I just gave up.  I stopped fighting and just let go.  It was a feeling I will never forget.  I remember exactly when I experienced true serenity for the first time.  Crying on the phone with my dad, then laughing, which was an experience I would have never thought could happen.

I stuck with it and in Sept. 2009, I moved to SLC, Utah, which would turn out to be one of the best decisions I have ever made.  To not only survive, but thrive in a new place, really only implementing two major things.  One, do the next right thing and second, always be of service.  By no means was it easy, but faith in a higher power guided me to places I would have never imagined.  Sobriety is a gift.  A miracle, so take the first step!!!